Breaking News
Home » PAINTERS » VINCENT VAN GOGH: The many faces of suffering, wrapped in gold of his wheat fields 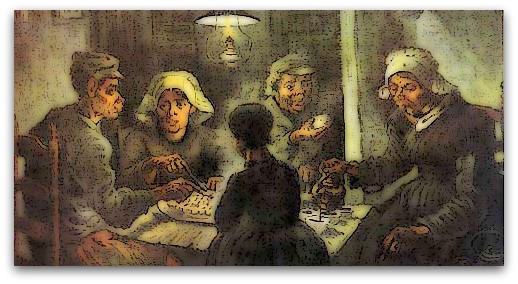 VINCENT VAN GOGH: The many faces of suffering, wrapped in gold of his wheat fields 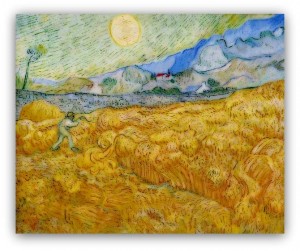 It was a day in late July of 1890, the small town of Auvers-sur-Oise was dozing, but the noise of the firing of a gun had broken the peace, along with the life of a painter who loved the vineyards and the thatched roofs of the old houses. The fields of wheat that he has painted, they are still in front of us, along with crows, the harbinger of death, the messengers beyond the grave that Vincent Van Gogh had inserted in the landscapes of gold. http://www.vangoghmuseum.nl/vgm/index.jsp?page=18327& . In the cemetery of that city not too far from Paris, it’s rest for ever – next to his brother Theo – the body of a mentally disturbed man, that too within a psychiatric hospital had not given up learning new things, such as the technical painting in etching. 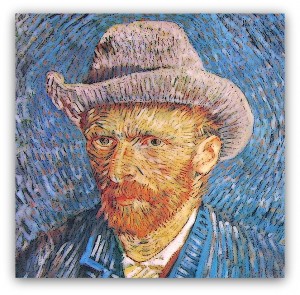 It’s two captive jewelry – “Wheatfield with Reaper,” “Still Life with Iris” – fully represent his life so difficult and complex, rich and extravagant, as only the sensitive nature she were able to capture and digest the nuances of colors, even with reproducing the works of other famous painters. It was the spring of 1889 and Vincent was in a psychiatric hospital near Arles, inside in his beloved Camargue, but also within those walls so improbable to the creative urge, he had painted the white corridors and the green gardens and the thousand faces of suffering. Cypress and olive trees, those that we admire in his paintings are of that period, and you can that recognize them easily, because the hues of the colors are soft and the brush of Van Gogh was able to create the nuances of movement. 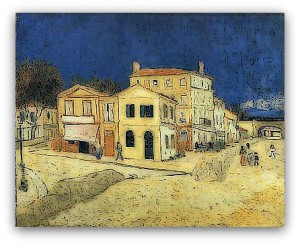 The year before, in 1888, Vincent Van Gogh had moved in the south of France, because the brightness of the south, so deep, he could ward off the darkness of his epilepsy. It’s into his “Yellow House” in Arles – away from the hectic life of Paris – they was born its flowering fruit trees and still life with sunflowers, along with the wheat fields, but also portraits of ordinary people. He shares tumultuously, for a few months that house with Paul Gauguin, until his mental collapse, what determines his admission in the hospital of that city. 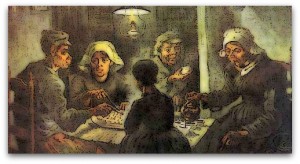 In 1886, he lived with his brother in Paris, of course, in the artists’ quarter. In his studio in Montmartre, for two years, Vincent also knows other artists, but he does not have the money to pay the models to portray, that’s why the touches and strokes of his brush – almost like a Morse code of colors, clear and bright – today they still offer what we can admire: its 27 self-portraits. Before that time, in the small town of Nuenen – in Bramante – Van Gogh had painted peasants and weavers, simple people, landscapes enclosed in dark colors. He paints the characteristic features of 40 heads peasant, and what was born in 1885 it’s his first painting with human figures: “The Potato Eaters”. 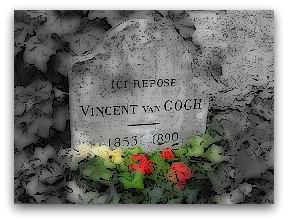 The man who in 1880 had decided to become a painter, he lived in Brussels and Etten. At the city of Aya, at his 27 years of age, he had found a goal: painting landscapes and models. He was born in 1853, not knowing what would become, one of the most famous Dutch painters. His brief season of light it lasted only ten years, but 1000 drawings and 840 paintings by self-taught painter they are ahead of us, filled with the charm of limpid colors, but also full of its human drama. http://www.vangoghgallery.com/

Previous VIRGINIA WOLF: Each wave of the sea has a different light, just as the beauty of who we love
Next WHY SARDINIA?: I want to see all the shades of blue and green