Breaking News
Home » PAINTERS » ALBERTO BURRI – ITALIAN PAINTER AND SCULPTOR – Shutting off from the rest of the world. 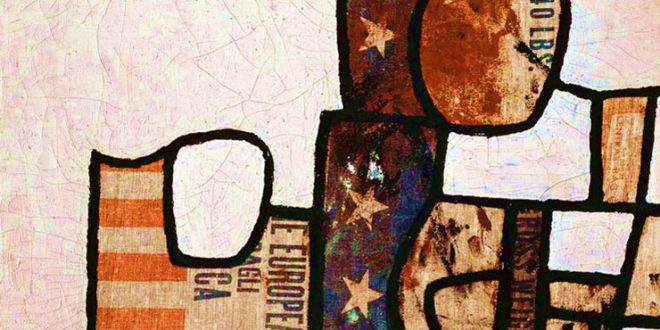 ALBERTO BURRI – ITALIAN PAINTER AND SCULPTOR – Shutting off from the rest of the world.

To create a new platform for visual arts.

Following the traces of Raffaello’s life, our art itinerary arrives in a city where he worked in the Church of San Nicola, Città di Castello. https://www.umbriatourism.it/en_US/-/citta-di-castello Pliny the Younger built his villa (until now identified with walls, mosaic floors and marble fragments). As you can observe, the city is mostly built of brick. Its monuments include the medieval Palazzo Comunale, the civic tower and the Pinacoteca Comunale (an art museum with mostly Renaissance works). About its notable people, here was born an Italian painter and sculptor (considered a key figure in Post-War). 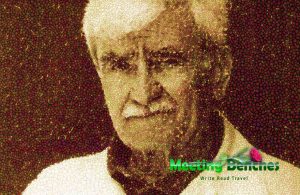 Having been born in a region rich in art, here he shared the contemplation of Renaissance art. He was born on a March day, 1915, in Città di Castello, where during his adolescence he felt an inclination towards drawing. Growing, ALBERTO BURRI claimed that key strength was the formal balance that poor materials were surprisingly able to give. After a Medical Degree, he was recalled to military service as a combat medic. On 1943 the unit he was part of was captured by the British. At those time, the death of his brother had a strong impact on him. In favor of painting, shutting himself off from the rest of the world, he had realized the desire of abandoning the medical profession,

Returned to Italy on 1946, ALBERTO BURRI moved to Rome as a guest of his mother’s cousin, who encouraged his activity as a painter. Easelessly working and creating in a small studio in Via Margutta, he remained a reserved artist into a neat and ascetic studio. His first solo figurative artworks exhibition took place on 1947. Soon, his artistic production flowed definitively into abstract forms. During years, the painter’s artistic research appeared more solitary and independent.

Starting in 1952 ALBERTO BURRI achieved a strong characterization with the artworks directly obtained from jute fabric, so that painting coincide with its matter in its total autonomy. In same year, his first participation at the Venice Biennale exhibition. His relationship with the United States had grow, meeting an American ballet dancer whom he married on 1955, together through thick and thin, for the rest of their lives. 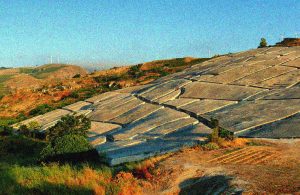 He is currently recognized as a precursor of the solutions found by artistic movements Neo-Dada, Nouveau réalisme and Postminimalism. His entire artistic production was conceived as an inseparable whole of form and space. In 1973 ALBERTO BURRI designed sets and costumes conceived by his wife, with musical a score where the ballet was interacting with a film clip depicting how his works progressively came into being. He died childless on a February day 1995, in French Riviera.

The property of the images that appear in this blog correspond to their authors. The sole purpose of this site, is to spread the knowledge of these artists and that other people enjoy their works. To pursue this issue, you can digit: http://www.fondazioneburri.org/en/