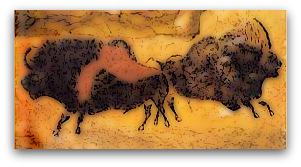 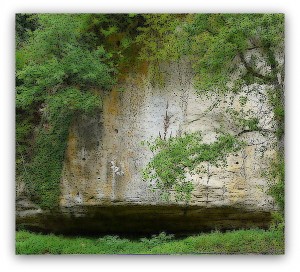 The Cave of Chauvet

it is just 88 kilometers as the crow flies from Aigue-Mortes, but in less than two hours you have the opportunity to travel that distance that separates you from the prehistoric site, discovered in 1994, and still full of images and colors, that have not heard from millennia the human presence. Although the Upper Paleolithic era was full of developments pertaining to the stone work, when you go into that site must also remember that those were the years of the discovery of some techniques for collecting agricultural.

You may not use, of course, any kind of photographic shooting, but the 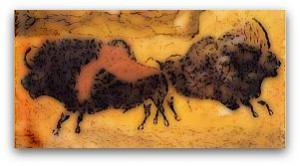 presence of your travel notebook can still catch “hot” emotion,  seeing cave paintings which represent many animals – alone or in a pack – all carried out with the colors that nature offered 32,000 years ago. I am curious about one thing, about your trip to the abyss of time. What? I would like to know if you, too, as it has happened to me, you wonder why some of those figures were only sketched, both in form and in the use of the three basic colors of those of our ancestors: black, red and egg yolk. 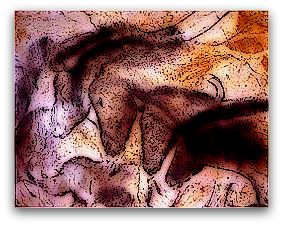 During my first visit inside the cave, I was fascinated by a figure, one performed drawing, four horse heads. To draw, I had used only three tempera colors: red, yellow and black – of course with the nuances – for the satisfaction of bringing with me a little wonder polychrome, the one that I removed from my travel notebook, making it now a jewel framed brown wood, with gold colored thread. Yes, you have understood me, I’m talking about a small door-portraits, but what it contains is not my photo, but the first floor of the four beasts pawing.

Those 500 meters of wonder, carved by a river, are obviously magical.

Imagine walking into a huge funnel, and translucent gray, and imagine that you know who has carved bison and mammoths on the walls, trying to figure out the secret made ​​by the play of light, color and perspective, that contained within each of those cave paintings. No, when you come to Chauvet, you do not have to be afraid of being masked, and even you will do not need to protect your genitals. That masked being-man who had sexual initiation rites man lived during the era of Cro-Magnon, albeit with sadness, I must note that they were less bloody than those of our sated society without end.

If you decide to visit this place with me, remember that Meeting Benches has 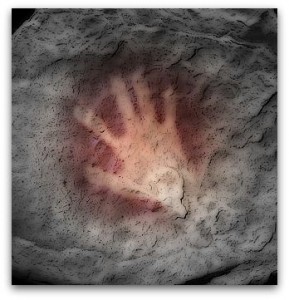 published a novel set in these places (Sinkholes), but also reminds us that, when we are in the innermost room of the magic translucent – the Hall of the Fund – I leave you alone, in front of a horned anthropomorphic pendant. What you see, it was not done by Picasso or Modigliani, but it is the fusion between what have complementary in nature – masculine and feminine – it is there, in front of your stupor. Of course, when you come home, you will have a question in your mind: why, in some of the figures, the fifth finger of the right hand is strange. The response that I have given, it is simple: who created these drawings-engravings, he represented himself as well as he was, that is, with a small physical defect.

Previous CAMARGUE, PROVENCE, FRANCE: An incredible secret world where the impossible is possible
Next SAINTES-MARIES DE LA MER, FRANCE: With the eyes of the spring, along with gypsies and Sara the Black.