Breaking News
Home » PAINTERS » THE PAINTER WHO CREATED GOTHIC FABLES – Stanislao Lepri, a surrealist in the recent history of art 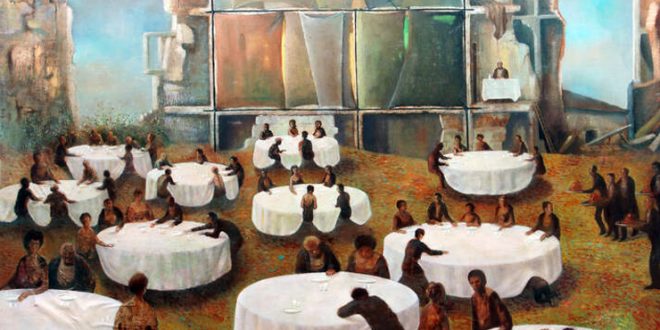 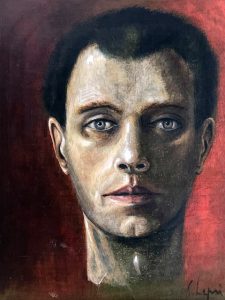 The countless shades of an uncomplicated pictorial labyrinth

He held his first exhibition in 1946, at the Galleria La Finestrina in Rome, demonstrating since then his singular vocation for surrealism full of allusive figures and spatiality. Son of the Marquis of Rota Lepri, born in Rome in 1905, Stanislao Lepri https://www.galerieminsky.com/en/portfolio-item/stanislao-lepri-2/ interrupted his diplomatic career to devote himself to painting. In 1950, he settled in Paris where, in addition to painting, he also created illustrations and theatrical sets.

He met the painter Leonor Fini and went with her to Paris to become a painter. In their house, they hosted the Polish writer Konstanty Jeleński, who remained there until his death. In his creative expressions, beyond appearances, you can grasp a demanding surrealism permeated with deductive and contradictory reasoning. He imagined and painted people hatching from an egg; he painted a dwarf chasing a white horse, but also a tower made of naked bodies. 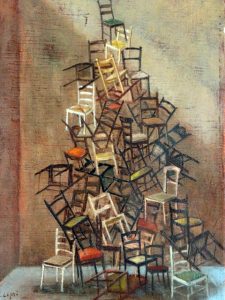 Despite the surrealistic content of his paintings, they are little compared to the real existence lived by the former diplomat. In Montecarlo, where he was the Italian consul, his life suddenly changed in one evening in 1942; it happened while coming out of a theater he told one of him that he wanted to meet the unknown woman who came out after them. He even conceived a human pyramid and the raft of the Medusa. He imagined human trees with root-like hands as well as babies feeding on the milk of a giant cat. As a painter he was one of the unknowns in the history of art, in fact, during his life only a very limited circle of collectors and art dealers knew and appreciated his work. This surrealist painter loved to tell tales using gnomes and goblins who looked like the protagonists of a gothic novel. Among the paintings by Stanislao Lepri https://www.neldeliriononeromaisola.it/2019/10/292166/ we propose the oil on canvas Reveillon (work signed by him on the bottom right and entitled on the back of the frame), as well as Figures (ink and watercolor on paper, signed on the bottom right). 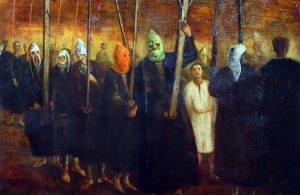 Although belonging to a conservative family devoted to the Pope, Stanislao Lepri https://www.santagostinoaste.it/autori/lepri-stanislao.asp evaded the social obligations deriving from this social condition, choosing to lead a life that freed him from any form of restrictiveness. By painting, he created a magical world full of exoticism and demonic powers, irony and deep emotions. By repudiating his past, he let fate act on everything he painted, as if the protagonists of his paintings were really on the stage of their life. 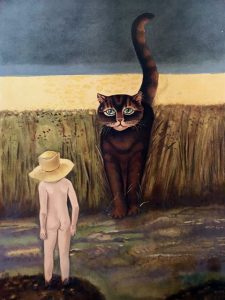 His was a privileged existence; in fact, he grew up in a Roman apartment overlooking Piazza Navona, spending golden holidays in the family’s country estate. As an artist, he chose to explore even the symbols of childhood. His paintings have been exhibit throughout Europe and at the Museum of Modern Art in New York. He created strange metaphysical worlds where the incredible and the allusive generated figures of a hermetic reality pervaded by mysteries. Nothing is, as it seems in Stanislao Lepri‘s paintings: in fact, to grasp the true form of reality, he drew visions of a world that went beyond reality itself https://www.independenthq.com/features/stanislao-lepri-painting-dictated-by-dreams. You can find some of his paintings in modern art museums in Paris, New York, Rome and Lodz, Poland. 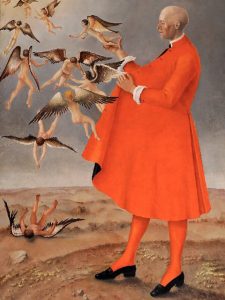 To broaden your horizon of

knowledge about other painters, you can type http://meetingbenches.com/category/paintings/. The sole purpose of this site is to spread the knowledge of these artists and that other people enjoy their works. The property of the images that appear in this blog correspond to their authors.

Previous IF CREATIVITY ENTERS IN DIALOGUE WITH TRADITION – Japanese imagery, between pop minimalism and retro shades
Next THE FREE THINKER WITH THE GUITAR – Stefano Rosso and his dishonest story