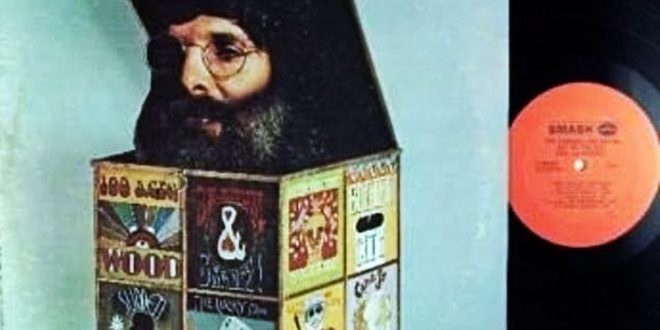 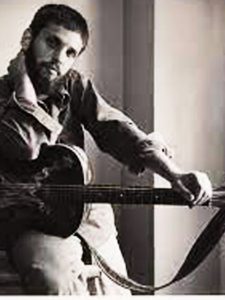 With Dylan and Baez, into musical American east coast

Singer, guitarist and songwriter, but also a painter and illustrator, he became part of the Cambridge folk music scene. Born in 1931 and raised in Westport (Connecticut), after listening to Ledbelly radio, Eric von Schmidt http://www.bobdylanroots.com/schmidt.html bought himself a guitar and began to learn its secrets, letting himself be influence stylistically by Burl Ives and Sonny Terry, but also by some trips to the Caribbean and from attending the Library of Congress in Washington. Thus, it happened that, between the fifties and sixties, within the folk music scene of Cambridge (Massachusetts), he became an appreciated folk-blues guitarist.

If you have loved folk music from the

1960s on, certainly you owe a debt to him. After three years in the US Army, Eric von Schmidt http://www.richardandmimi.com/eric.html won a scholarship in 1955 to spend a year painting in Italy. Two years later, he moved to Cambridge, where he got involved in local folk music. For an unknown boy named Bob Dylan, musical experimentation and personality made him an imitable role model. In 1963, he released his first solo album, The Folk Blues. In recognition of his musical activity, in 2000 he received the ASCAP Foundation Lifetime Achievement Award.

As a songwriter and performer, his free approach to blues and folk has earned him very famous fans. His father drew illustrations for the Saturday Evening Post, so, not surprisingly; when he was a teenager, his son Eric also started selling his own work. In 1997, Eric von Schmidt https://expectingrain.com/dok/who/v/vonschmidteric.html won a Grammy Award for his contribution to the Anthology of American Folk Music collection, for applying his musical style to the classics of American folk music. He painted until his death in 2007, even creating a mural on the Battle of the Alamo. He divorced twice and had two daughters.

In the late 1950s and early 1960s, in the Cambridge (Massachusetts) folk scene, his fellow musicians appreciated him for his generosity. Not by chance, in fact, the memory of him remains firmly linked to Bob Dylan.In the last thirty years of his life, Eric von Schmidt https://www.youtube.com/watch?v=mFRrbN4tcu4 recorded only two albums, focusing on painting. In fact, he also spent his creative vein as a painter, creating among other things musical covers for Joan Baez, the Blue Velvet Band and Jackie Washington.

Eric Von Schmidt shared his traditional music repertoire with musicians who developed a more modern version of folk music. In 1963, with Bob Dylan on harmonica and together with Richard Fariña, in London he recorded songs in Bobell’s Jazz Record shop. About a song played by Dylan – Baby, Let Me Follow You Down – the same, he credited the originality of his friend Eric. In the obituaries published on his death, the New York Times called him a lively figure with an exuberant musical style, while for The Guardian he was a generous man towards his fellow musicians. 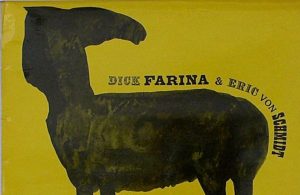 Previous IF SURREALISM IS THE ARTIST’S SELF IMAGE – Kay Sage, a painter between complex architectures and biomorphic forms
Next WRITING OF POETRY, WITH ERUDITION AND GRACEFUL DETACHMENT – John Hollander, a formidable presence in American literary life