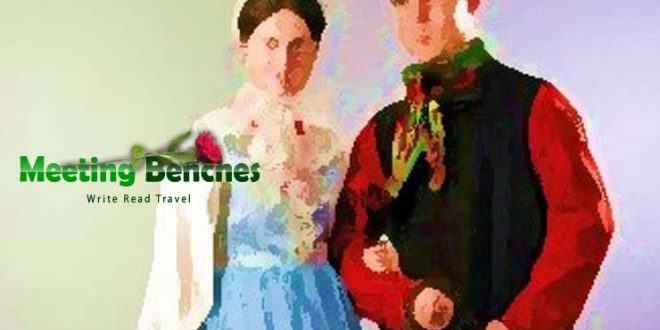 THE ROMANTIC – Poem, by Adam Mickiewicz 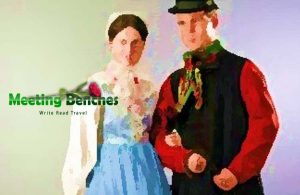 Adam Bernard Mickiewicz was a Polish-Lithuanian poet of the Romantic period. He is seen as one of Poland’s Three Bards. http://www.allposters.com/-sp/The-Birthplace-of-Adam-Bernard-Mickiewicz-1798-1855-at-Zaosie-Posters_i10076977_.htm?ac=true He was a creator of Romantic drama and has been compared both at home and in Western Europe to Byron and Goethe. Born into an impoverished noble family, he studied at the University of Wilno and in 1817 he joined a secret patriotic student society. Together with his fellow students in the organization, he was arrested in 1823 and deported to Russia for illegal patriotic activities. His first volume of poems included ballads and an preface explaining his admiration of western European poetic forms. His masterpiece (the epic poem Pan Tadeusz) describes the life of the Polish gentry in the early 19th century. Because of the simplicity of his style, he became the greatest interpreter of the people’s hopes and ideals. 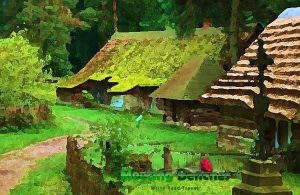 THE ROMANTIC – “Silly girl, listen!” But she doesn’t listen while the village roofs glisten, bright in the sun. “Silly girl, what do you do there, as if there were someone to view there, a face to gaze on and greet there, a live form warmly to meet there, when there is no one, none, do you hear?” But she doesn’t hear. Like a dead stone she stands there alone, staring ahead of her, peering around for something that has to be found. Till, suddenly spying it, she touches it, clutches it, laughing and crying. 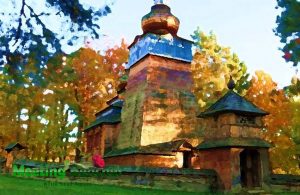 Is it you, my Johnny, my true love, my dear? I knew you would never forget me, even in death! Come with me, let me show you the way now! Hold your breath, though, and tiptoe lest stepmother hear! What can she hear? They have made him a grave, two years ago laid him away with the dead. Save me, Mother of God! I’m afraid. But why? Why should I flee you now? What do I dread? Not Johnny! My Johnny won’t hurt me. It is my Johnny! I see you now, Your eyes, your white shirt. 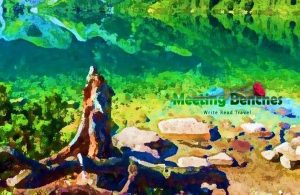 But it’s pale as linen you are cold as winter you are! Let my lips take the cold from you, kiss the chill o f the mould from you. Dearest love, let me die with you, in the deep earth lie with you, for this world is dark and dreary, I am lonely and weary! Alone among the unkind ones who mock at my vision, my tears their derision, seeing nothing, the blind ones! Dear God! A cock is crowing, whitely glimmers the dawn. Johnny! Where are you going? Don’t leave me! I am forlorn! 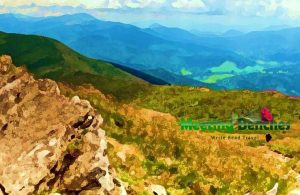 So, caressing, talking aloud to her lover, she stumbles and falls, and her cry of anguish calls a pitying crowd to her. “Cross yourselves! It is, surely, her Johnny come back from the grave: while he lived, he loved her entirely. May God his soul now save!” Hearing what they are saying, I, too, start praying. “The girl is out of her senses!” Shouts a man with a learned air “My eye and my lenses know there’s nothing there. Ghosts are a myth of ale-wife and blacksmith. Clodhoppers! This is treason against King Reason!” 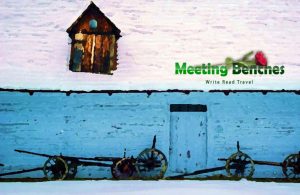 “Yet the girl loves”, I reply diffidently, “And the people believe reverently: faith and love are more discerning than lenses or learning. You know the dead truths, not the living, the world of things, not the world of loving. Where does any miracle start? Cold eye, look in your heart!”

The intellectual property of the images that appear in this blog correspond to their authors. The sole purpose of this site, is to spread the knowledge of these painters and that other people enjoy their works. To pursue this issue, you can digit: https://www.amazon.co.uk/Treasury-Love-Poems-Adam-Mickiewicz/dp/0781806526

Previous JOURNEY UNTIL SANOK / POLAND – Museums, Trial of Icons and the beauty of the nature
Next JACEK MALCZEWSKI (1854/1929), POLISH PAINTER – Painting the ideals of independence, traditions, folk mythology, as well love of the natural environment