Breaking News
Home » POETRY » RAINER MARIA RILKE: To be loved is to pass, but love is last 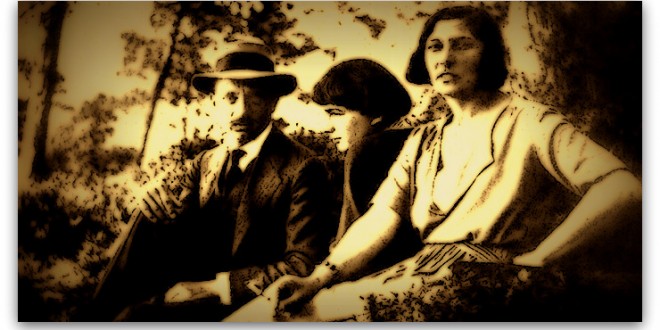 RAINER MARIA RILKE: To be loved is to pass, but love is last

HOW COULD I: “How could I hold it in me, my soul, that your material does not touch; as you remove it over, ad infinitum? I could hide it in a remote corner in the darkness; a stranger quiet refuge, which is not followed to vibrate if it vibrates your deep. But everything that touches us, you and me, together, we tend as a bow, which has two strings only makes a sound. Which means we are tense, and what a great musician holds us in his hand? O sweet song.” 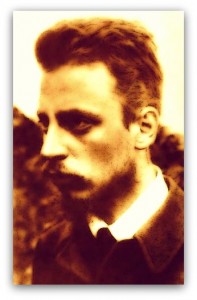 He liked to think that being loved was intimately “pass”, and that love was “last”. He thought that love was the result of two solitudes, which protected one another, touching and greeting each other, while the future entered into them to become, long before it happened. In the future – the place inside where everything was going to end, and where no one knew what was happening – he had learned to see, listening to the silence, and changing his life. Rainer Maria Rilke, he was conscious of being provisionally born, like everyone else, just anywhere. He had realized that he could only gradually reconstruct the place of its origin, to be reborn again, gradually and permanently.

THE EVENING: “Like a fairy indefinable shadows, come to far in the evening, walking through the silent, snowy fir. Then, against all the windows, pressed his icy cheeks and shut up, overhears! There is silence, then, in every home. Sit the old, meditating. The children do not yet threaten their games! Mothers are as queens. It falls to the hands of maids zone. In the evening, listen, anxious pei glass: all, inside, listening to the evening.” 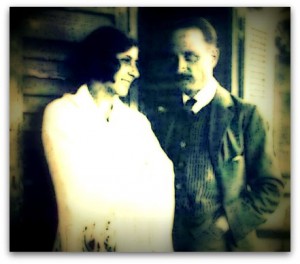 The greatest German poet of the modern age, a man rooted in the decadence of the late nineteenth century, the traveler of the cultural and geographical latitudes, this is Rilke. In Russia and in Paris, he is a man without a home, and search the subjectivity of the interior space of the world, giving voice to the animals, to the men and things. In the interior space, its symbolist poetry is, and he can focus on the world of human experience. In these experiences, he tries to understand the essence of things, subjectively and introspectively, discovering that things are colored by our experiences, and that they have meaning only when they express the meaning they have for us.

CIRCLES THAT YOU ARE EVER: “Looking for that are increasingly large, over things, it’s my life. Maybe not close the last one, but I groped. Tour around God, the ancient tower, around for thousands of years; and still do not know if I am a falcon, a storm or a great song.” 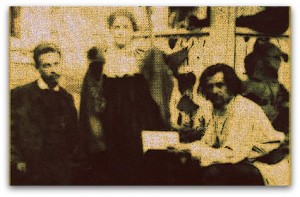 Rainer Maria Rilke, a writer, poet and playwright Austrian Bohemian origin, was born in December 1875 using 51 years to give us his works, both in prose and in poetry. He is most famous for the “Duino Elegies”, the “Sonnets to Orpheus” and “The Notebooks of Malte Laurids Brigge.” In 1884, his parents separated, and this time it was for him one of the toughest, but it is precisely in those moments that he began to write short poems. Ten years later, he wrote an autobiographical account, he published his first volume of poems, he graduated and became part of two cultural associations of Prague, starting from 1897 to travel in Germany – where he met Lou Salome, to whom he dedicated many poems – and in Italy.

SOLITUDE: “Loneliness is like the rain. He rises from the sea in the evening; from the plains far away, away, up towards the sky which has always belonged. And just falls from the sky over the city. It’s raining down here in the twilight hours, when all the streets are turning toward the morning and the bodies that they found nothing, disappointed and heartbroken we leave each other; and people who hate each other, they are forced to sleep together in a single bed: it is then that loneliness flowing along the rivers. “ 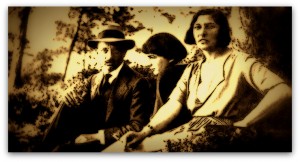 In April 1899, with Lou Salome, Rilke leaves for Russia, and met Tolstoy and Pasternak, along with his passion for art and literature of that great country. Breaks the relationship with Lou Salome, in 1901 married the sculptor Clara Westhoff and Ruth was born from the union. The two are traveling for a long time in Paris and Rome, Copenhagen and Berlin, where four years later revises Lou Salome. In 1906, he travels to Belgium with his wife and daughter, going to Italy to the island of Capri.

THE NIGHT AND THE SOUL: “In the lap of the snowy night, silver, immense stretches sleeping, everything. Only an eternal suffering, is awake inside my soul. And you ask me why my soul is silent, without spilling into the lap of the night dreaming? Filled of me, would overflow the whole, to turn off the stars.” 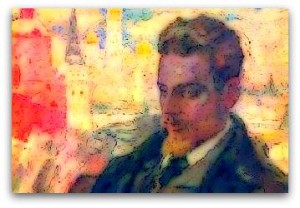 In 1908 he lectured in Prague, Wroclaw and Vienna, but returned to Italy, visiting Capri and Naples, Rome and Florence, ripartendone to Paris, where he remained for three years. Been separated from his wife by mutual consent, in 1911 he is in Africa, where he visited Tunis and Algiers, reaching Egypt, visiting along the river Nile. Rilke, the poet without a country who has researched the scientific explanation of the truth, dies in a day in December, and is buried – according to his will – in the cemetery of Raron.

Previous NOCTURNAL OF CHINA: Where the ice crystals fill the sky, begging you to not wait to take a stem blight
Next CHINESE DEPTHS: Looking at the relationship between man and nature, pruning magnolia trees and soft watercolor painting, along with the children, waiting for the autumn