Breaking News
Home » POETRY » ITALIAN RENAISSANCE POETS, IN ADVANCE OF THEIR TIMES – Famous Italian poets and their remarkable works, in the shadow of Raffaello Sanzio 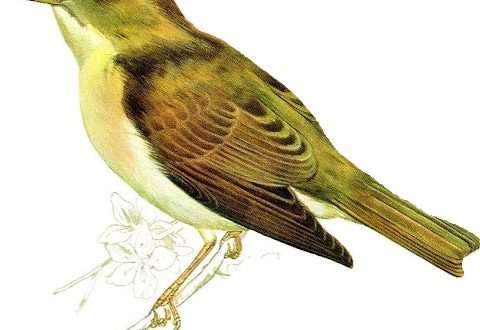 As good as Raphael, but as a poet

In the Italy that you might visit, consider exploring its streets and creative horizons from the time of the painter Raffaello Sanzio. You will discover that “Il beccafico” was the title of a poem, which is the name of a bird belonging to the Italian wildlife, as well as a restaurant in Castiglione Della Pescaia https://restaurantguru.it/Il-Beccafico-Castiglione-della-Pescaia.

The Agriturismo il Beccafico, on the other hand (along the Franciscan Path between Gubbio and Assisi), https://www.agriturismoilbeccafico.it/, offers its organic farming products, offering you the identical fragrances that had inspired poets and painters of the Italian Renaissance.

Among what Bernardo Accolti gave us, known as the Only Aretino, we find the ballad “Anima, in the errors of the world involta”, the sonnet “Di flaming purple vestita” and the song “What do you think and look behind, sad soul”. Among his works, Virginia, Capitoli and Strambotti, were published and reprinted several times in Florence. Esteemed and well paid even by a pope, but also listened to by crowds of learned men and illustrious prelates, this Italian poet gained fame as a reciter of impromptu verses.

VERGINIA – “Women who of beauty and constitution conquer the Sun and conquer Diana, and her fame and honor of our age, not men, indeed of the human flesh, whom you can seek with every antiquity, and conquer Roman glory. If mortal I pray he has a place in you, o potentia, do not deny benign listening. In the end, to his design a handsome and virtuous woman, from Salerno, and of a humble father born, of her lord on fire, in love “. For any useful thematic in-depth study, you can read https://www.enbook.sk/catalog/product/view/id/390794?gclid=EAIaIQobChMIs_eztKbJ8gIVROmyCh2RIAAEEAQYASABEgKM-fD_BwE.

Like Bernardo Accolti, the Bolognese poet Giovanni Filoteo Achillini also breathed the Renaissance air of the painter Raffaello Sanzio. He used the poetic form to hold his interest as a curious humanist. He published in 1504 a collection of poems written by various authors, including some of his sonnets by him. In the chivalrous poem “Viridario” https://www.torrossa.com/en/resources/an/2243022, he has frequent digressions in which he quotes characters from the culture of the time. While admiring Dante, Petrarch and Boccaccio, in the “Viridian” he prefers to adopt words of the common language, in his opinion more elegant and correct. 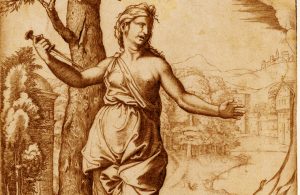 “Not out of ignorance, but out of my own will, and with reason, I partly deviate from the Thosca language, because I do not mean to derogate from our most beautiful words, not only to our Bolognese, but to which other country we want, which are better thosche, I take them, and thosche abandonment“. For any useful thematic in-depth study, you can read https://www.amazon.com/Carmagnola-Italian-Fifteenth-Century-Cantos/dp/B01L8Z9W86

Hostile to the Medici family, the poet Antonio Alamanni he held public office under the Florentine Republic. He composed sonnets in Burchiellesco style, carnival songs and “Conversione di Santa Maria Maddalena”, a spiritual comedy. Before dying of the plague in 1528, that is eight years after the death of the painter Raffaello Sanzio, he also composed the burlesque work “Etimologia del Beccafico”. 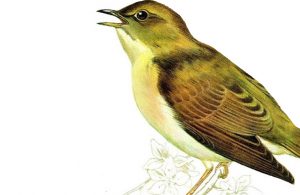 WHILE I WAS ALONE AND STRIKED – “While I was alone and struck, waiting for the woodpeckers at the spider, the reason for their name I found again, being only the peck they make of figs. We who peck them, when they have pecked, we can call ourselves real Beccafichi. Now, if whoever pecks is caught again, let’s see that another doesn’t rebel us“. For any useful thematic in-depth study, you can read https://www.jstor.org/stable/j.ctt1t88v0b. 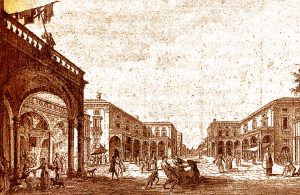 A very successful and influential artist of his time, the Italian painter and architect Raffaello Sanzio died very young on a spring day in 1520. We do not know if he knew the works of his contemporary Bartolomeo Asmundo, the first Sicilian lyric poet. Tinged with melancholy, his songs in octaves are of a sacred and profane theme and refer to the ideals of love of the Provençals. Among his poems, we propose one by him, dedicating it to that brilliant painter from Urbino, so that resting in his tomb, inside the Pantheon in Rome, you can be sure that his genius has not been forgotten. 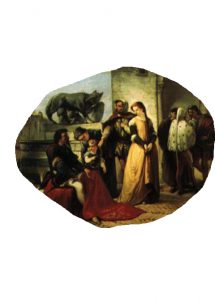 THE BROKEN MIRROR – “With all that the mirror is broken and undone, it does not suffer from the defect image, because each piece is so good and deed, as it was all, and has the same effect. So you, my good, after that all of a sudden you broke my heart inside my chest, where there was only one portrait of you, now there are a thousand in your spite“. For any useful thematic in-depth study, you can read https://www.italymagazine.com/featured-story/10-famous-italian-writers-and-their-notable-works.