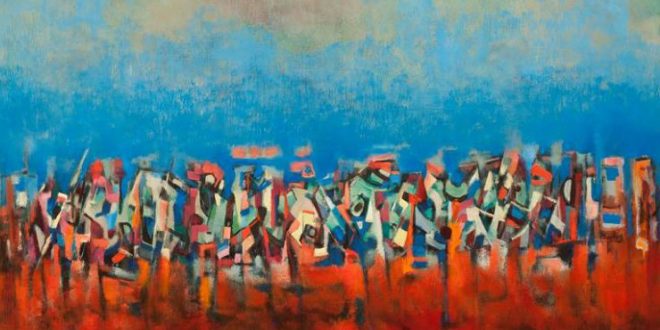 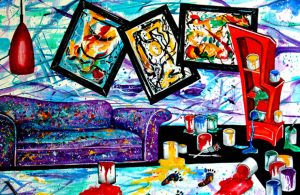 The Abstract Expressionism was born between 1940-1950. Some American artists become known for their new vision. The group includes artists such as Jackson Pollock and Mark Rothko, Ad Reinhardt, Robert Motherwell and Norman Lewis. Jackson Pollock argued, that the painting has a life of its own, for that he reveals the life of the painting through actions (an energetic technique of dripping and pouring paint on a canvas), and his works do not have identifiable parts. https://www.youtube.com/watch?v=bSjY4e7NqTo His painting actions are perceived as vital and dynamic. 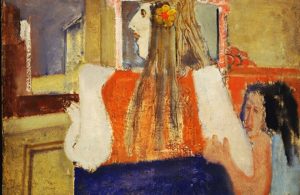 The style of Mark Rothko is called colorfield painting, his works always consist of strong formal elements (such as color, composition and scale). A canvas is two-dimensional surface and painting should avoid any illusion of three-dimensional representation. https://www.youtube.com/watch?v=5W9kQ5Xn2Z0 Even so, he refused to be considered solely in these terms. For him it does not matter what is painted, untill it is well painted. He believed that while flat, two-dimensional forms destroyed illusion, they also revealed truth. 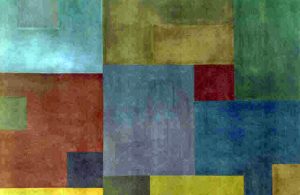 He remained convinced that his art had the potential to affect social change. For him (as an artist) was important to eliminate the symbolic good or bad: black is interesting not as a color, but as a non-color and as the absence of color. Ad Reinhardt was American abstract artist. His work had its origins in geometric abstraction. https://www.youtube.com/watch?v=jSGGHmTXA3o His Black Paintings are regarded as his crowning achievement (while the cartoons he created, brought him fame as a wry commentator). He is one of the few artists who have explored geometric abstraction. 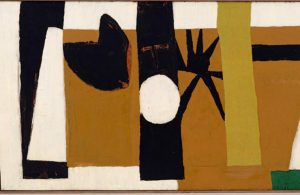 According to him, every intelligent painter carries the whole culture of modern painting in his head. It is his real subject, which he paints. The paintings of Robert Motherwell reflect not only a dialogue with art, but also with autobiographical content and the essential human conditions of life. https://www.youtube.com/watch?v=NA0k4WVIabI Between formal and emotional approaches to art making, his key idea was oriented inside the dialogue between European modernism and a new American vision. 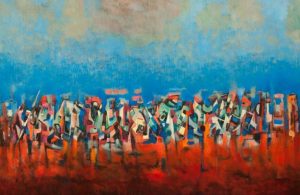 He ceased Social Realist painting, because he found this style was not effective to combat with racism. https://www.youtube.com/watch?v=JctEmtj89c4 The goal of the artist must be aesthetic development (in a universal sense), to bring in his own way some contribution to culture. Norman Lewis was next member of the Abstract Expressionism movement. He used representational strategies, focusing on urban life and struggles of his community. His work is characterized by the duality of abstraction and representation (using both geometric and natural forms).