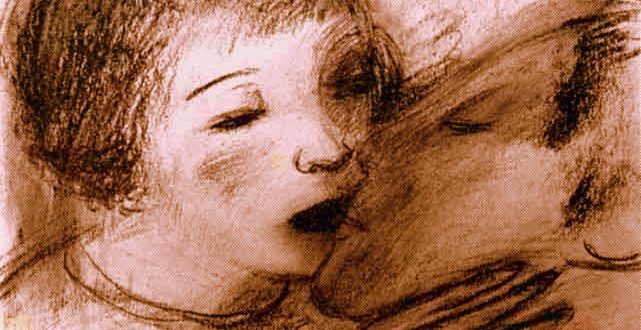 THE INFLUENCE OF IMPRESSIONISM UNDER THE SKY OF ICELAND

GUOMUNDUR THORSTEINSSON / MUGGUR 1/3 – His body was sent to Iceland, and now rests in the old cemetery by Suðurgata. In the summer of 1923, although his health was already deteriorated due to hard life, he made final trip abroad (to France and then Denmark), where he died in 1924, at the age of 32. In 1927, in the first major retrospective of Icelandic art in Copenhagen, his work was well represented. Paintings from this very exhibition are now on display at the National Gallery of Iceland. Here, alongside a host of other artists, you can see Muggur’s paintings. His works are characterized by dreamlike and playful quality. http://www.sild.is/en/

GUOMUNDUR THORSTEINSSON / MUGGUR 2/3 – He, who is better known as Muggur, was an Icelandic painter and graphic artist. When he was twelve, his father – one of the richest men in Iceland – moved to Copenhagen with the family. There he studied at the Royal Danish Academy of Fine Arts. He took study trips to Germany and Italy and in 1915 he made a visit of United States (where his works had recently been exhibited with good reviews). In his works can be seen the influence of impressionism (such artists as Toulouse-Lautrec and Picasso) http://www.listasafn.is/english 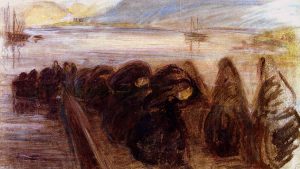 GUOMUNDUR THORSTEINSSON / MUGGUR 3/3 – He was also a talented amateur actor (had a major role in one of Iceland’s first films). He wrote and illustrated a children’s book (The Story of Dimmalimm), about a young girl and an enchanted swan. Some of his best known paintings are from 1916 and 1918 (including Herring Ball in Siglufjördur). A brief marriage (that ended in divorce) led him to drink heavily. After a lengthy stay in France, he returned to the family estate in Denmark, where he died of a chest ailment.

To pursue this issue, you can digit: http://meetingbenches.com/2017/02/guomundur-thorsteinsson-muggur-18911924-icelandic-painter-icelands-frigid-shore/