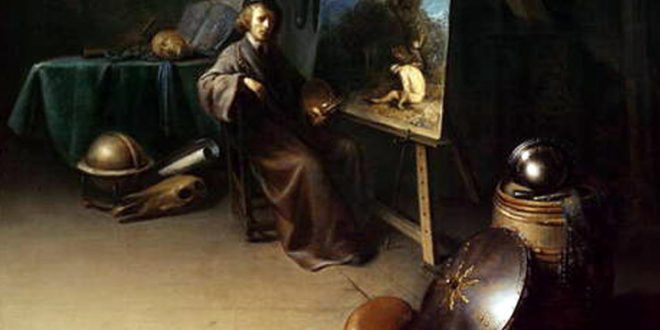 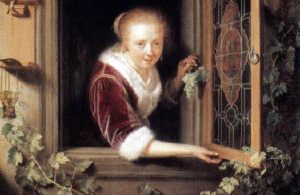 GERRIT DOU 1/3 – was also known as Gerard and Douw or Dow. The contrast of light and shade, became his speciality. In 1628 he was apprenticed to Rembrandt, but as the son of a glass engraver, he began by learning to engrave and paint glass. https://www.youtube.com/watch?v=MiRbzaEI9HM He enjoyed an international reputation and kings and princes acquired his paintings. He was a Dutch Golden Age painter and he was specialised in candlelit genre scenes with strong chiaroscuro (black & white). Created with characteristic attention to detail, these refined images incorporate symbolic elements (reflecting life’s moral and ethical dilemmas). 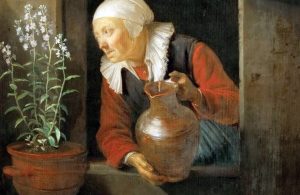 GERRIT DOU 2/3 – famous Dutch painter of the 19th century. His fame depended on painted scenes of everyday life. He had studied drawing and had trained in the stained-glass workshop. https://www.youtube.com/watch?v=iPOR5G1bnOw Among his celebrated views of daily life belongs depictions of mothers and scholars, musicians, schoolmasters and painters in their studios. Staying on in his native city, he established the Leiden school of fine painters, whose’s style was admired and emulated. 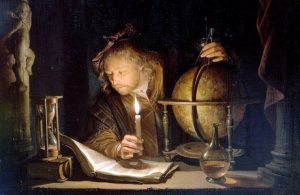 GERRIT DOU 3/3 – His work was so fine (have spent five days in painting a hand), that he found it necessary to manufacture his own brushes. https://www.youtube.com/watch?v=P0KYfjIWoOI He was one of the founders of the Leiden painters’ guild, and he worked until his death. Greatly admired and highly valued in his day (but less appreciated by late-nineteenth), he has been rightfully restored to prominence in recent decades. 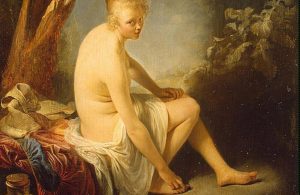 To pursue this issue, you can digit: http://meetingbenches.com/2017/02/gerrit-dou-16131675-dutch-painter-candlelit-genre-scenes-strong-chiaroscuro-black-white/