Breaking News
Home » PAINTERS » ENRICO BAJ AND THE NUCLEAR PAINTING – Move creatively in the grotesque, with an amused look 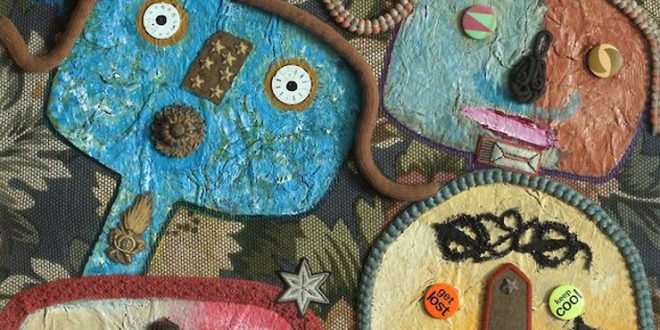 ENRICO BAJ AND THE NUCLEAR PAINTING – Move creatively in the grotesque, with an amused look 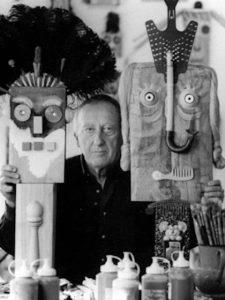 Developing a personal interpretation of it, as an artist, will eviscer reality down to atomic dimensions, using wood or fabrics, mechanics, or simple hydraulic pipes. After graduating from the Liceo Classico, Enrico Baj https://www.tate.org.uk/art/artists/enrico-baj-686 enrolled in the Faculty of Medicine, which, however, he will leave to attend Law and the Brera Academy of Fine Arts. In 1951, he held his first personal exhibition at the San Fedele Gallery in Milan, where he exhibited some of his works by him, and already the following year he contributed to the drafting of the manifesto of Nuclear Painting. To affirm the unrepeatability of the work of art, in 1957 he contributed to the drafting of a special manifesto. Both movements helped fuel the European artistic avant-gardes of the 1950s. 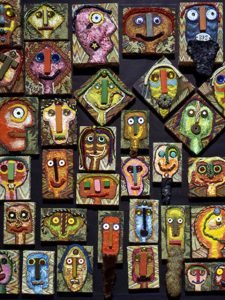 Through the degraded form of art and the advancement of technology, queen of humanity, she has creatively liberated us her own monstrous vision of the world. As him the forms disintegrated, he preferred those of the atomic universe, where beauty coincided with the representation of man and his space. Interpreted by him with irony, Enrico Baj‘s works https://www.artsy.net/artist/enrico-baj were characteriz by the use of collage and different materials. Siding against the rationalization of art, in 1954, he was among the founders of the international movement for an imaginist building house. In those years of great reflection, he had intellectual exchanges with Lucio Fontana and Max Ernst, Marcel Duchamp and Yves Klein. 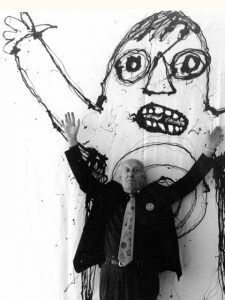 A restless artist, he was able to intertwine creative activity with reflection on art. Also using them in conjunction with inlay and veneer, Enrico Baj https://www.italianartsociety.org/2016/06/italian-painter-and-sculptor-enrico-baj-died-on-17-june-2003-in-vergiate/ used dripping and collage techniques. In The ties he made around 1968, he had instead preferred the use of plastic materials. Ten years later, his Apocalypse was a three-dimensional puzzle that led him to creatively dialogue with the theater. Both of his parents were engineers. Born in Milan in 1924, he became one of the most important Italian artists of his time. With his Epater robots and Mannequins, he strongly criticized the indiscriminate use of technologies. Some of his works it is in the Civic Museum of the Masnago Castle (Varese). 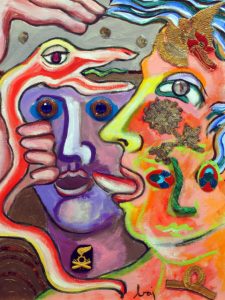 The combination of painting and literature has always been a source of inspiration for him. Sensitive to the social aspects of his work, in 1972 he created a canvas with figures inspired by Guernica, Funerals of the anarchist Pinelli, exhibited after almost forty years at the Palazzo Reale in Milan. In the course of his life, Enrico Baj https://www.nytimes.com/2016/01/22/arts/design/the-italian-artist-enrico-baj-at-luxembourg-dayan.html adhered to Nouveau Réalisme and Surrealism, Pataphysics, Nuclear Movement and Dadaism, creating peefino collages made with medals and buttons, and then mixing them with painting. The last work to which he dedicated himself was the great Wall of Pontedera: one hundred meters of mosaic that runs along the railway line of the Tuscan town of Pontedera. He died in Vergiate (Varese), at the gates of the summer of 2003. His archive is kept in the ‘900 Archive of the Mart in Rovereto. 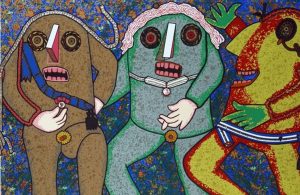 Previous ORIGINALITY, RIDING THE ARCTIC CIRCLE – The playful celebration of creativity, between the Baltic Sea and Norway
Next MUSICALLY BORN WITH THE HIP-HOP: J-Ax + DJ Jad = Articolo 31