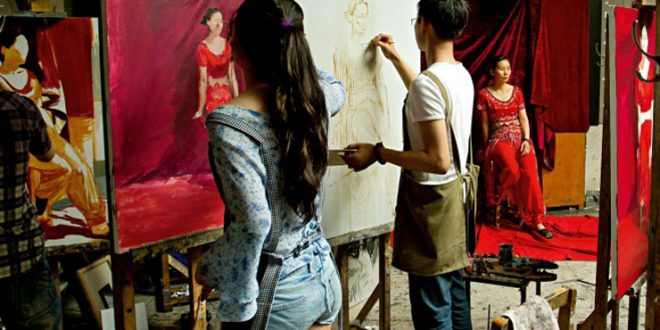 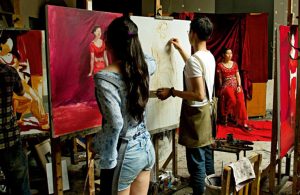 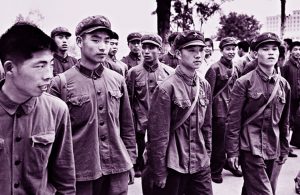 Returned to China, he became the principal of the National Beijing Fine Art School, and in Hangzhou founded, the now called the China Academy of Art. Japanese soldiers destroyed many of his early works during the Sino-Japanese War. None only, many of his later works was destroyed during the Cultural Revolution, when he destroyed his own works flushing his works down the toilet. After his release, LIN FENGMIAN slowly began to recreate many of his previously destroyed works, until his death in Hong Kong, into an August day, 1991. 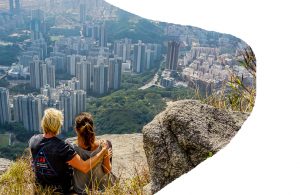 You too can listen Faye Wong’s songs, the Chinese singer loving Hong Kong. Right eating? Sham Shui Po (neighbourhood gem), offering the best “dim sums” in Hong Kong. Its historic transportation-taking locals between Kowloon and Hong Kong Island. Using Star Ferry (do not miss the views from the upper deck), you can get the best views of the  skyline, along Victoria Harbour. Looking for souvenirs? Rummage for hidden gems, at the Temple Street Night Market (a nightly street bazaar), where hundreds of stalls pop up after the sun goes down. 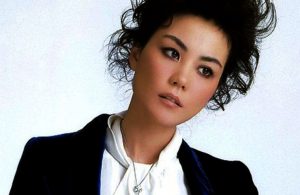 She become singer-songwriter often referred to as “the Diva”. From 1985 to 1987 (while still in high school), despite her mother’s opposition, she released low-cost cover albums. She was born in Beijing, into 1969, in the midst of China’s Cultural Revolution. As a student, FAYE WONG was involved in singing and attracted interest from several publishers. She moved to British Hong Kong in 1987, where came to public attention in the early 1990s by singing in Cantonese. In 1993, she wrote lyrics for her ballad “No Regrets”, which led many to praise her as a gifted lyricist. 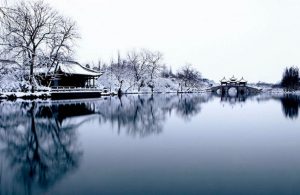 Yo can visit its Xiangji Temple, built during the Northern Song Dynasty. Painter Lin Fengmian created its China Academy of Art. The town it sits at the head of bay, which separates Shanghai and Ningbo. Here, Hangzhou has been one of the most prosperous cities for much of the last millennium. The city’s West Lake (a UNESCO World Heritage site), is among its best-known attractions. Visiting Lou Wai Lou Restaurant (30 Gushan Road, Solitary Hill), between the longest standing restaurants in Hangzhou, you can find famous people (many celebrities has been to the restaurant for dinning). 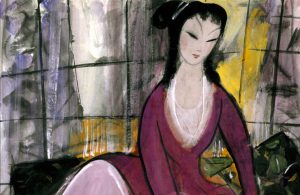 His artwork is featured in museum art collections, including The Metropolitan Museum of Art and the Art Gallery of New South Wales. He was an important innovator in the area of Chinese art education. He become a pioneer of modern Chinese painting for blending Chinese and Western styles. Born in a November day, 1900 in Ge Gong Ling village (Guangdong province) he displayed an early fascination for arts. LIN FENGMIAN went to France he connected with Chinese artists living in Paris, moving to the Ecole Nationale Superieure des Beaux-Arts. In 1923, he moved to Germany for a study tour. 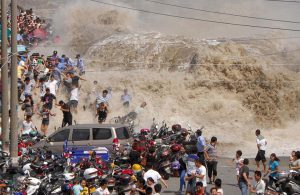 About its notable people, Xu Zhimo, an early 20th-century poet. Town it is in the south side of Yangtze River Delta, and in the north of Zhejiang. In 1949 was occupied by the Communist Army, and the county government was relocated to Xiashi Town. Hǎiníng is known for its leather industry and its leather-silhouette show (also known as shadow play), attracts the attention of travelers owing to the annual tides. The International Qiantang River Tidal Bore Watching Festival is held each year. 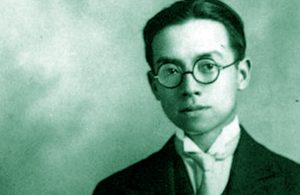 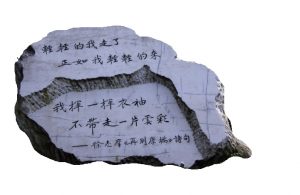 The property of the images that appear in this blog correspond to their authors. The sole purpose of this site is to spread the knowledge of these artists and that other people enjoy their works. To pursue this issue, you can digit: http://meetingbenches.com/2019/01/30-pictures-a-woman-and-two-men-when-china-embraces-the-west/

Previous 30 PICTURES, A WOMAN AND TWO MEN – When China embraces the West.
Next IMPRESSIONIST DEPICTIONS OF PEOPLE AND FLOWERS – Le Pho, a stunning combination of delicate Asian artistry and contemporary Western art. 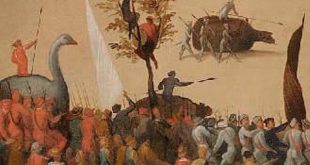