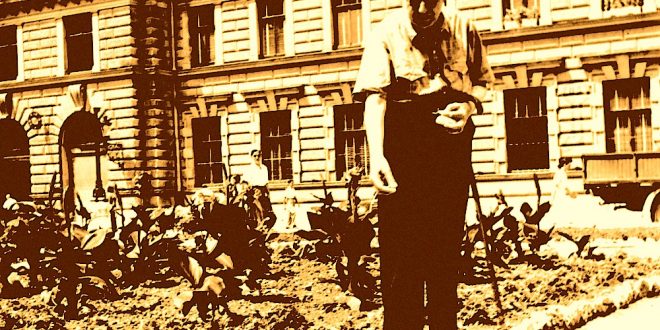 HE WAS LIKE A LEAF – Umberto Saba and autobiographical poems 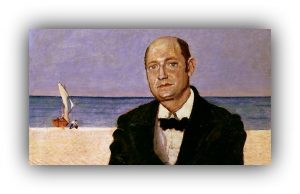 He was Italian poet, noted for his simple autobiographical poems. Umberto Saba was raised by his Jewish mother, after his father deserted them, when he was an infant. From age 17, he developed his interest in poetry. In November 1910 was published his first collection of poems. https://www.amazon.com/Songbook-Selected-Umberto-Margellos-Republic/dp/0300181752 He established his reputation as a poet with the publication of “The Songbook”. 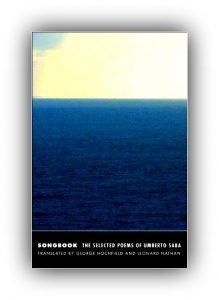 His formative poetry was influenced by Petrarch and Carducci, D’Annunzio and Leopardi. From 1919 he was the proprietor of an antiquarian bookshop in Trieste, suffering from depression all his adult life. During the Fascist period, he was forced to sell his bookstore. The first great critical acclaim of his work was the 1946 award of the Viareggio Prize. From 1950, he spent long periods in clinics, and died at the age of 74, in Gorizia

THE LEAF – I am like that leaf, look, on the bare branch, to which wonder still attaches. Ignore me then. Don’t be saddened by my great age that fills you with anxiety, and lingers here in childish outbursts. Wish me farewell, though there’s no need to say it. Dying is nothing; it’s losing you is hard.

WINTER NOON – At that moment when I was still happy, God forgive that vast and terrible word, what almost changed my joy to tears? You’ll say: ‘Some lovely creature passing by who smiled at you’. No, a balloon, a turquoise balloon, drifting through the blue sky, with the native air never so bright in the cold clear noon of a winter’s day. The sky with a little white cloud, and the windows alight in the sun, and meagre smoke from a chimney or two, and above those things, divine things, the sphere that escaped a child’s incautious hand (surely he wept, in the midst of the crowd, out of grief, his terrible grief) between the Stock Exchange and the coffee house, where I sat, clear-eyed, admiring his prize, beyond the glass, now rising, and now falling.

OUR MOMENT – Do you know a more beautiful time of day, than evening? More beautiful and less loved? That hour which precedes the sacred hours of idleness. The hour when work is intense, and a host of people are seen on the streets. Over the squared mass of the houses, a shadowy moon, one you can scarcely discern in the quiet air. It’s the time you abandon the countryside to take joy in your dear city, from the gulf to the mountains various aspects in its beauty unite. The hour when my life in flood flows, like a river towards the sea, and my thoughts, the swift tread of the crowd, the workman atop his tall ladder, the lad racing to leap on his rumbling cart, all seem to freeze in the act, all this motion acquires the look of immobility. It is the great hour, the hour that best attends our time of harvesting.