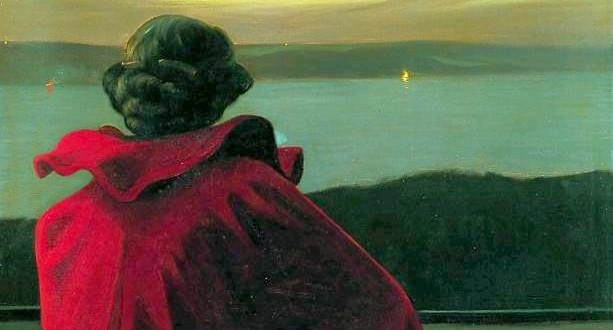 SOMETHING FOREVERYONE IN DENMARK – Midsummer Night near Vejle Fjordis, painting by Harald Slott-Møller 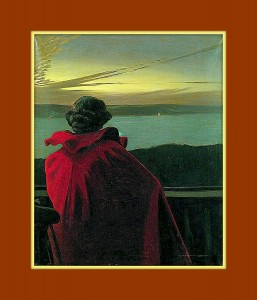 It is approximately 22 km in length, and stretches east from the town of Vejle at the head to the towns of Trelde Næs. The fjord’s generally calm surface waters, are surrounded by low forested hills shaped by glaciers during the last ice age. Welcome at Vejle, a town in Denmark, in the southeast of the Jutland Peninsula, at the head of Vejle Fjord, where the Vejle and Grejs Rivers and their valleys converge. Vejle’s oldest extant building, St. Nicolai Church, was built in the mid-13th century. On display in the church is the Haraldskær bog woman, a body from the Iron Age that was preserved with its skin intact in a local peat bog. http://www.vejlemuseerne.dk/vejlemuseerne-vejle-museums Among the big cultural institutions, is the renovated and expanded Vejle Museum of Art. Among other things, the museum contains “Midsummer Night near Vejle Fjordis”, an oil on convas painting (139.6 cm × 114.4 cm), by Harald Slott-Møller. It is a landscape painting, but can also be regarded as a portrait painting as the artist’s wife Agnes Slott-Møller, certainly is the woman sitting and looking out over the Vejle Fjord on Midsummer night. The atmosphere of this painting is characterized by an unusual use of color, especially in the woman’s prominent red cape. When Harald Slott-Møller was based on naturalism and symbolism, the surface and the colors are considered to have symbolic significance also in this painting.