Breaking News
Home » PAINTERS » SEARCHIN FOR FORMS AND COLOUR OF HIS COUNTRY – Martin Benka: where people lived in communion with nature

SEARCHIN FOR FORMS AND COLOUR OF HIS COUNTRY – Martin Benka: where people lived in communion with nature 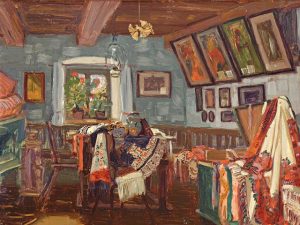 MARTIN BENKA 1/3 – Searching for forms and colours of Slovakia, he would visit regions where people lived in communion with nature. He was born in 1888, inside a September day, in the family of an carpenter with a small farm, as the youngest of six children living. Modesty and sensitive towards people taught him by his mother (a model of decency, modesty, and the whole life of goodness). Slovak painter and illustrator, he is regarded as the founder of Modernist 20th century Slovak painting. Influenced by folk art, his ornamental style contrasted with the functional and purist approach of the avantgarde movements of his time. 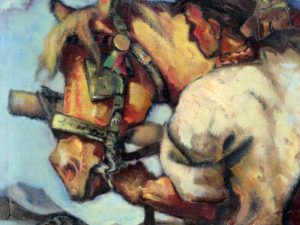 MARTIN BENKA 2/3 – In the first period artistic path, he has forced it to explore the custom, taught and assessed, in the misery of modesty and the people in his neighborhood. He would often travel around the countryside, documenting rural life and nature in his works, many of which he did outdoors and spontaneously. In 1939, he moved from Prague to Martina wher has organized a circle of musicians-amateurs-friends of Chamber Music. He painted also in Banská Bystrica (and in particular of its suburbs). 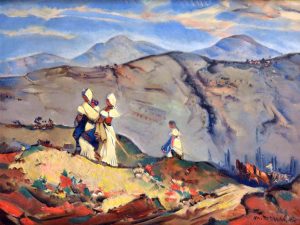 MARTIN BENKA 3/3 – In 1945, he founded – together with painters And Ondreičkom, Emil Makovickým and sculptor Fraňom Štefunkom – an art association. In the field of book design and typography, he created a number of interesting experimental fonts and design books which are affected by the kubistick idea. He dead in 1971, inside June day. In Martin, waiting for your visit, buried in the National Cemetery.

You can see more on Meeting Benches, looking for http://meetingbenches.com/2016/10/martin-benka-18881971-slovak-painter-purpose-combine-cooperation-different-kinds-art/

Previous MARTIN BENKA (1888/1971), SLOVAK PAINTER – Its purpose was to combine the cooperation of different kinds of art
Next PAL SZINYEI MERSE (1845/1920), HUNGARIAN PAINTER – The harmonious effect of complementary and contrasting colours

Painting around the man-woman relationship In 2012, he was conferred the India’s highest civilian award …