Breaking News
Home » PAINTERS » WHERE WOMEN SEEM TO BE MERGING WITH THEIR ENVIRONMENT: Miho Hirano, where artistic fantasy art is inhabited by ephemeral women 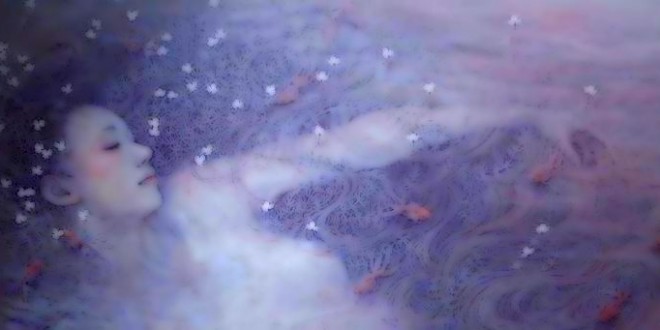 WHERE WOMEN SEEM TO BE MERGING WITH THEIR ENVIRONMENT: Miho Hirano, where artistic fantasy art is inhabited by ephemeral women

MIHO HIRANO 1/4 – She began painting in 2008, and studied at the Musashino Art University in Tokyo. Female faces (mostly teenagers), living in her nature. 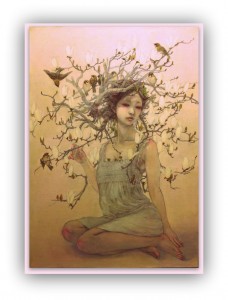 MIHO HIRANO 2/4 – The delicacy of creative originality, drives the artist to paint oil paintings, where she prefers female subjects, immersed in the joyousness of nature. The artist leaves nothing to chance what creates: fine detail, they are always present, even in the timidity of the looks.

MIHO HIRANO 3/4 – In her nature, flowers and leaves, along with small animals, but also plants, wrap the faces and bodies of women. Even if you’ve never visited Japan, certainly you breathe the air of spring, watching the female world that Hirano paints. Her fantasy art is inhabited by ephemeral women. 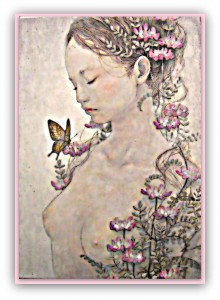 MIHO HIRANO 4/4 – Maybe you, observing these paintings, you will have perceived the natural flow – realized with the colors – that gives the pale faces, melancholy silence. Her women, seem to be merging with their environment, the hair suspended into flowering tree limbs, bird filled bushes, and drifting seaweed.

Previous MIHO HIRANO, JAPANESE PAINTER: Breathing Japan, with colorful shades of tenderness
Next BY PAINTING FEMALE: Shades of art through the ages