Breaking News
Home » PAINTERS » THE FANTASTIC IN ART – Paul Delvaux, a painter poised between the cleverly low and the fascinating 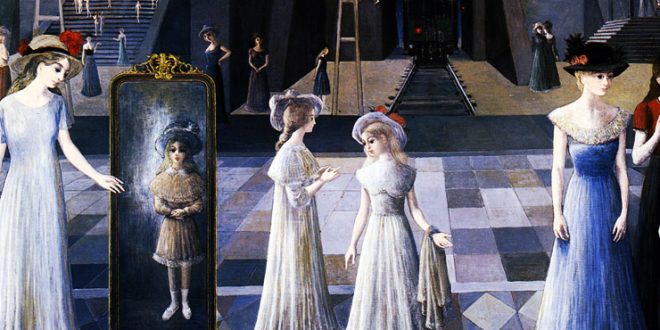 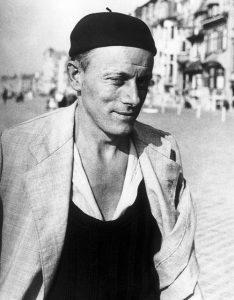 The museum that bears his name, inaugurated in 1982, offers an overview of Paul Delvaux‘s painting productionhttps://www.delvauxmuseum.be/v2/index.php. Visiting it is a unique experience, because it offers you the opportunity to be immerse in the world of this 20th century Belgian surrealist painter. You will be able to observe not only some of his paintings, but also objects that illustrate his life in an almost intimate atmosphere. His creative polarization on the female universe, together with trains and railway stations expressly commissioned by him, allow you to touch his passion for the railway. In the Walloon village of Spy, he made paintings and watercolors filled with classical architecture and desolate landscapes, including skeletons, shadows and naked women. 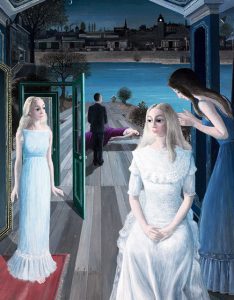 Having a father who was a lawyer gave him a comfortable childhood, as well as the opportunity to get to know the world of Greek-Latin mythology. Against the wishes of his parents, Paul Delvaux https://www.artsy.net/artist/paul-delvaux studied at the Academy of Fine Arts in Brussels. In his first solo show he presented primitivist landscapes influenced by German Impressionism and Expressionism, yet his style soon evolved. The year of his trip to Greece, 1956, will have a huge impact on his work. In fact, the architectural elements of classical antiquity were enriche with complex details and architecture. 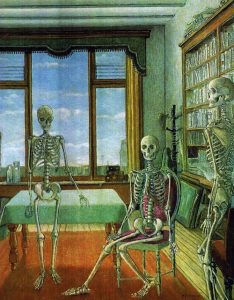 His pictorial style reached full maturity before the 1940s and, albeit with slight variations, continued to represent the same themes for the rest of his life. Paul Delvaux http://www.artnet.com/artists/paul-delvaux/ was fascinate by the art of De Chirico and Magritte, strongly impressed by their detached representation of ordinary objects, as well as by presenting them in unexpected combinations. He joined the surrealist movement, destroying part of his earlier works. Moved by the desire to transport the poetry and mystery of modern life to canvas, he began to think of his art as a renewed classicism. After eighteen years, in 1947 she resumes dating Tam – his old love – whom he will marry five years later, going to live in Boitsfort with her between trains and stations, suburbs and forests. 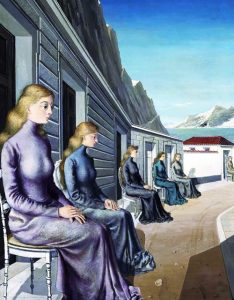 As for his relationship with the classic, it emerges in the titles and settings embodied in old bourgeois houses, or outdoors or among classic buildings, stylized ruins, gardens and railway stations. Not only did Paul Delvaux https://www.christies.com/features/10-things-to-know-about-paul-delvaux-8884-1.aspx combine De Chirico’s metaphysical space with Magritte’s hermetic detachment, but also he let himself progressively be capture by the female nude wrapped in dreamlike atmospheres charged with eroticism. The backdrop of his landscapes includes railway stations shrouded in mysterious shadows. Within his silent landscapes, a single woman reigns, surrounded by other females with enigmatic faces and indecisive gestures, as if they were statues. 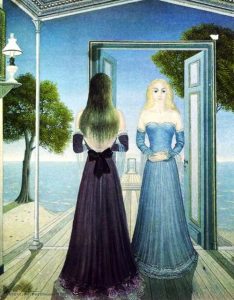 Between skeletons and deformed organs, his visit to the Musee Spitzner, in the early 1930s, generated unexpected associations and unusual themes within his paintings ever since. Paul Delvaux‘s style changed over timehttps://theculturetrip.com/europe/belgium/articles/paul-delvaux-the-painter-who-transformed-passion-into-masterpieces/, including forced perspectives, crucifixions and skeletons in his paintings, as well as night scenes where the moonlight produces hallucinatory effects. Among his murals, that of the Palace of Congresses in Brussels and the Institute of Zoology in Liège. He also made etchings where black and white reproduced his imaginary world of him. He died in Veurne, West Flanders, on a July day in 1994.

Previous THE VALUE OF SIMPLE THINGS, AMONG BITTER SKINS – Philippines, where in one way or another everything happens at the right time
Next YOU MUST LOVE YOURSELF TO THE DEPTH – Julos Beaucarne and the art of reforesting the soul through love, friendship and persuasion 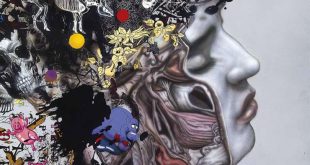 Country’s complex intercultural relations where you born  Through a culturally permeable approach, its shades of …