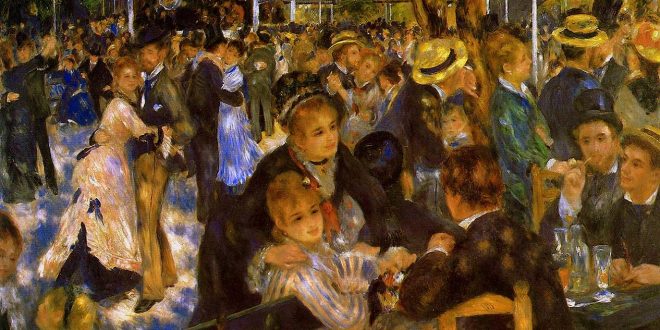 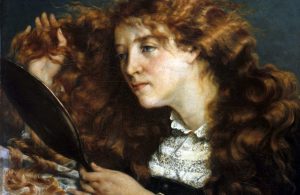 Gustave Courbet, who in 1848 had set up his workshop in rue Hautefeuille, had become one of the first factories of Parisian beer from Teutonic taste, in a real dependence: a forum for spreading the word realism. Located in the same street as his studio, the place was warm and Mrs. Andler – owner of the brewery – was particularly attractive. Here, he also liked to play the violin, sometimes composing obscene songs. His circle of friends was growing: there are Baudelaire and Max Buchon, Alfred Broyas and Corot and Hanoteau painters, Pradier, Decampse and Daumier. 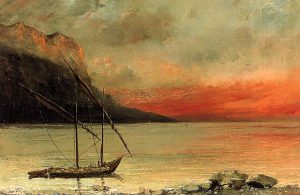 ll of them shared a bright and cheerful room, which had a huge white wooden table. It was there that dinner was served for these regulars, along with philosophical discussions interspersed with paradoxes and laughter. Here, Courbet develops relentlessly the principles of his painting, in front of this audience already convinced and ready to unleash an aesthetic revolution. He had wanted to keep a particular vision of the place in a drawing (beer drinkers), showing him smoking a cigar in the company of a philosopher. 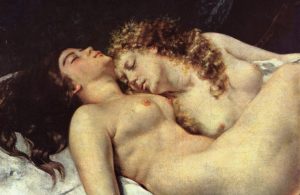 In 1855, on the occasion of the World Expo, he paid tribute to Mrs. Andler, performing her portrait. It was there he had founded the Journal of Realism. His reputation was so great that he was shown and sung in prose. In 1863, the artist abandons this brewery for the Brasserie des Martyrs, which had become the epicenter of the art world. The brewers of rue Hautefeuille, for services rendered, had presented an astronomical bill for 3000 francs. Courbet refused to pay and was forced to the court, where he – willingly or unwillingly – had to run.

To pursue this issue, you can digit:

Previous DO WHAT YOU SEE, WHAT YOU FEEL, THAT YOU WANT – Gustave Courbet and French realism
Next FLORENCE’S IMAGES