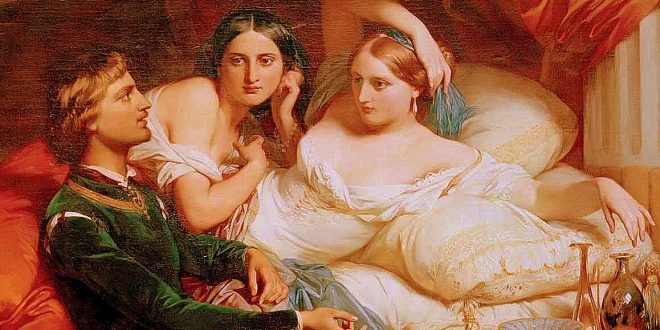 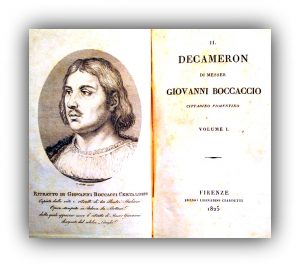 He was born in Paris (France) and died in Certaldo (Tuscany, Italy). He was the son of a Tuscan merchant (his mother was probably French). His father had no sympathy for Boccaccio’s literary inclinations and sent him to Naples to learn business. Giovanni Boccaccio (1313/1375) was Italian poet, best remembered as the author of The Decameron. https://www.youtube.com/watch?v=AdLjE0oMuDk He laid the foundations for the humanism of the Renaissance and raised vernacular literature to the level of the classics of antiquity. In 1340 he was recalled to return to Florence by his father. The years following his return to Florence are the period of his full maturity. He completed the great Decameron in 1358. 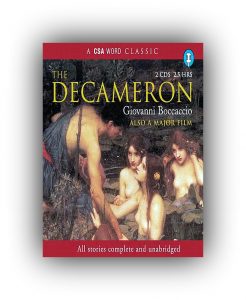 While Dante Alighieri is a moralist, Boccaccio has little time for chastity: pokes fun at crafty and clerics, celebrating the power of passion. Boccaccio’s skill as a dramatist is displayed in portraits of people with plots merged in a bewildering variety of human reactions. The Decameron, https://www.amazon.com/Decameron-Penguin-Classics-Giovanni-Boccaccio/dp/0140449302 offer one hundred stories written in the wake of the Black Death (the stories are told in a country villa, outside the city of Florence), by ten young noble men and women, who are seeking to escape the ravages of the plague. Every member of the party tells a story each night, resulting in ten nights of storytelling over the course of two weeks. The various tales of love in The Decameron range from the erotic to the tragic. The novel is monument of pre-Renaissance literature with certain elements, which are not apparent immediatelly to today’s readers. Reading, you will discover that beyond the narrative frame, Decameron provides a unity in philosophical outlook.