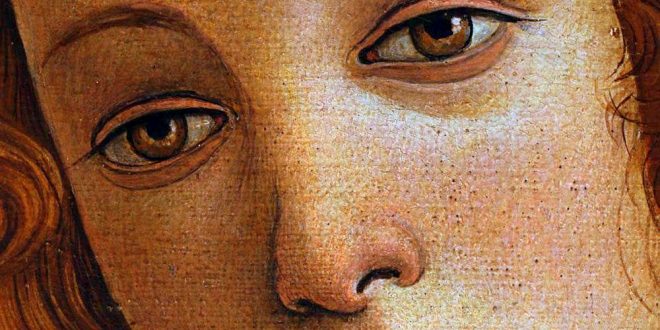 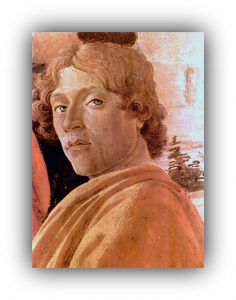 Starting in the late 19th century, his work has been seen to represent the linear grace of Early Renaissance painting. The Birth of Venus, rank now among the most familiar masterpieces of Florentine art. Better known as Sandro Botticelli, Alessandro di Mariano di Vanni Filipepi was an Italian painter during the Early Renaissance. https://www.youtube.com/watch?v=6-98PenNW-o He was always able to integrate figure into harmonious compositions, drawing the human form with a wonderful vitality. He painted devotional triptychs, small panel pictures and altarpieces in fresco. His Birth of Venus, derives from an ancient statue of Venus Pudica. 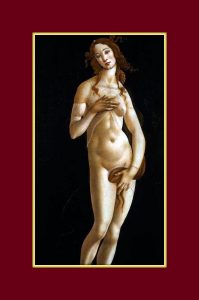 Her signs, were the same as Aphrodite’s: roses and myrtle. Venus was the Roman goddess of love and beauty, desire and sex, but also of the fertility. https://www.khanacademy.org/humanities/ap-art-history/early-europe-and-colonial-americas/renaissance-art-europe-ap/v/botticelli-the-birth-of-venus-1483-85 In the classical tradition of the West, Venus becomes the embodiment of love and sexuality. Roman theology, presents Venus as the watery female principle, always essential to the generation. In post-classical art, she came to refer to any artistic depiction of a nude woman. 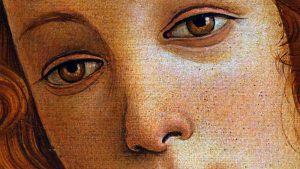 One of two lonely Venus by Botticelli (which you can usually admire at the Sabauda Gallery in Turin), http://www.museireali.beniculturali.it/index.php/en/ is temporarily exhibited in the United States. If you want to meet her, you can go to the Muscarelle Museum of Art in Williamsburg (Virginia), where she will remain until April 7, 2017. The exhibition representing every phase of Botticelli’s career, includes 16 works from Italian museums and churches. This extraordinary artistic event, also includes six paintings by Filippo Lippi, works by Filippino Lippi, a painting by Antonio Pollaiuolo and two paintings by Fra Bartolomeo.

The intellectual property of the images that appear in this blog correspond to their authors. The sole purpose of this site, is to spread the knowledge of these painters and that other people enjoy their works. To pursue this issue, you can digit: http://meetingbenches.com/2015/04/sandro-botticelli-14451510-italian-renaissance-painter-the-linear-grace-of-early-renaissance-painting/