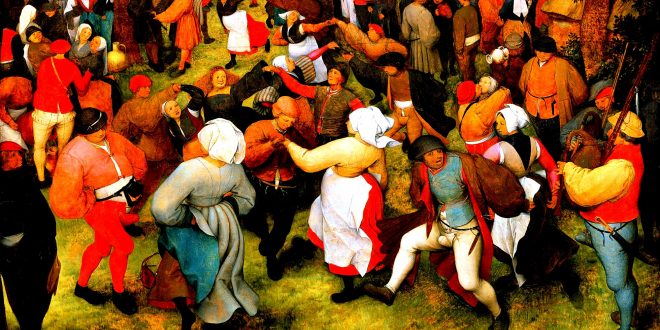 SOMETIMES NO NEED TO BE FRUGAL

He received the nickname “Peasant Bruegel”, for his practice of dressing up like a peasant in order to socialize at weddings and other celebrations. Pieter Bruegel the Elder was a Flemish Renaissance painter, known for his landscapes and peasant scenes. He was an astoundingly inventive painter, with painting in oil in the Low Countries, and its spread to Southern Europe. Although he often painted scenes of carousing and community gatherings, he often depicted people with disabilities. 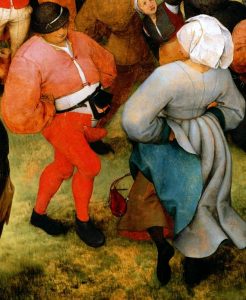 He was born around 1525 in a town near Breda, becoming an apprentice of Pieter Coecke van Aelst (whose daughter Mayken he later married). He died in Brussels on a September day, and was buried in the Kapellekerk. The powerful compositions and brilliantly organized, reflect a sophisticated artistic design. Also eating, he was patronized mainly by scholars, wealthy businessmen, and connoisseurs (but was on friendly terms with some of the most prominent humanists of the Netherlands, including the cartographer Abraham Ortelius). 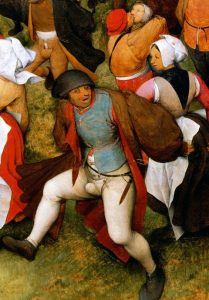 You need to remember that the kind of food that people ate during the Renaissance depended on where they lived and whether they were wealthy or a peasant. Substantially, the average person during the Renaissance was a peasant (that would eat soup or mush for food just about every meal). Naturally they would also generally have some black bread. The soup would be made of scraps of food (usually vegetables such as carrots or eggs). Mush? Was made from some kind of grain like oats or wheat and then cooked in water (sort of like oatmeal today).

But they were special moments. At weddings, festivals, and large feasts the food could get interesting (they would eat large game birds like swans, peacocks, or cranes). This was also a time for lots of meat to be eaten (such as mutton, chicken, pheasant, venison, rabbit, turkey, and ham). For dessert there would be fruit, jellies, nuts, and cheese. Like today, really, even on those occasions it was not necessary to be frugal.

Previous ITALIAN PILGRIMAGE – Passing near Ortona, you can distract yourself for free at the fountain, with good local red wine
Next ANOREXIC – Poem by Eavan Boland