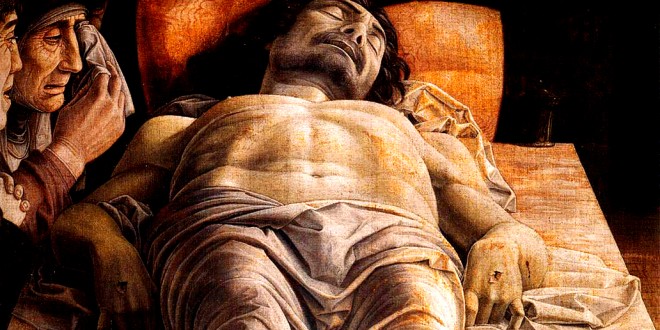 MASTERPIECES OF ART IN THE CENTURIES / MILAN – Andrea Mantegna: The Dead Christ

In the iconography of the late lamented of the dead man, it is always expected the presence of the “painful”, characters that are beside. This is what happens even in the “Dead Christ”, a picture of the size of 68 × 81 cm, one of the most famous paintings by Andrea Mantegna, where the Virgin Mary, along with St. John and Mary Magdalene, gathered around that body which it was prepared for the burial. That tempera on canvas – kept in the seventh room of the Pinacoteca di Brera in Milan – has been realized around 1480. The use of the canvas as support, and the power of the perspective view, are the elements that Mantegna structured for a composition that – in his creative imagination – he had to produce a strong emotional impact on the observer. For him, those feet projected towards the spectator, were the center of the drama. http://pinacotecabrera.org/en/ 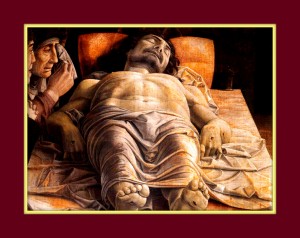 The work, has expressive power and poise, and is well known for the extraordinary nature of foreshortening that encloses the figure of Christ lying. The holes in the hands and feet, but also the faces of the other figures, are depicted without rhetoric, but it is the simplicity of the funeral shroud – a cloth partially covering the body of Christ, lying on the stone of the anointing – the one that dramatizes context. The environment in which the scene takes place, not the viewer’s attention away from the stiff limbs from the rigidity of death. In fact, only a poor floor and a simple opening are the elements that accompany that dark room, where the contrast of light coming from the right, helps to stop the look on the details that have enclosed in such a short space, the grandeur of an iconographic ancient tradition. http://pinacotecabrera.org/en/collezione-online/opere/the-dead-christ-and-three-mourners/

Previous I HAVE PLACED MY HEART – Poetry, by Jacopo da Lentini
Next LOVE, I THANK YOU – Poetry, by Angelo Poliziano 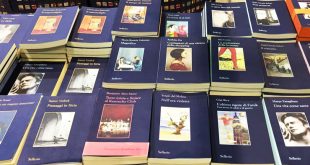