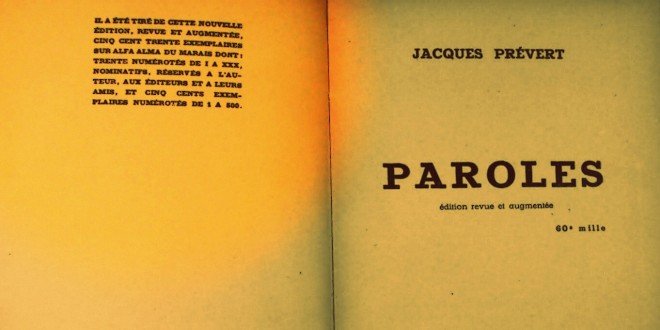 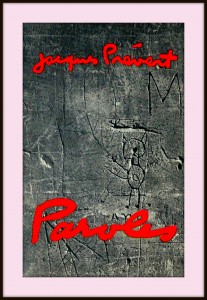 Jacques Prévert was born in Paris in 1900. He left school in 1915, working at various jobs until 1920 when he served in the military in Lorraine. He was a French poet and screenwriter. In 1925, he began to associate with the surrealists, including André Breton and Louis Aragon. His first poems were published in 1930, and in 1931 there appeared his first major success: “Attempt to Describe a Dinner of Heads in Paris – France”, subsequently published in Paroles. Paroles (Prévert’s first collection of poetry), appeared late in 1945. In 1948, he fell from a window of the offices of Radio and precipitates on the Champs-Elysées sidewalk. Having recovered after a few weeks, he moved – with his wife and daughter – in Saint-Paul de Vence, where he remained until 1951. “Paroles” is widely considered Prévert’s best work. By the mid-1960s more than a million copies of it and other collections of his poems were in print. He died of cancer in 1977. 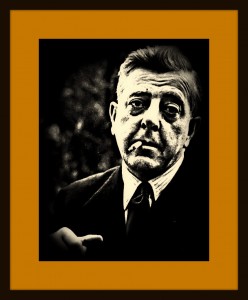 Previous THE PARIGOT RESTAURANT – Welcome at “Le Terroir Parisien”, waiting for oysters and snails,
Next IMMENSE AND RED – Poetry, by Jacques Prévert