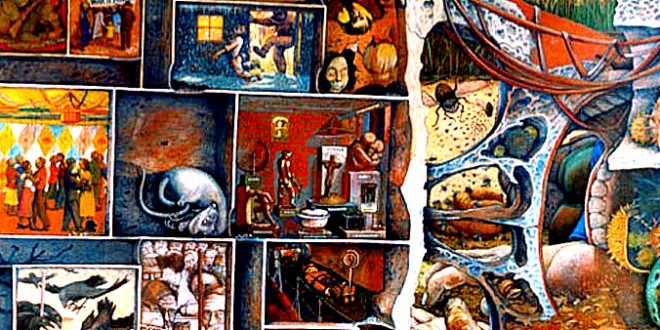 WHEN INNER-NIGHTMARES BECOME CREATIVITY – William Kurelek: the double voyage to the ancestral farmlands 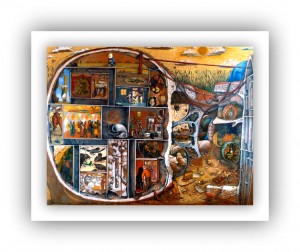 WILLIAM KURELEK 1/4 – He was the son of Ukrainian immigrant farmers, and was born in a shack on the Prairies during an winter. He grew up working on his parents’ farm, ploughing fields and tending cows. As a painter he became one of the most successful artists in Canadian history, using scenes from his past to capture the spirit of the nation on canvasses. It all started when he was a child, growing up during the terrible years of the Great Depression. 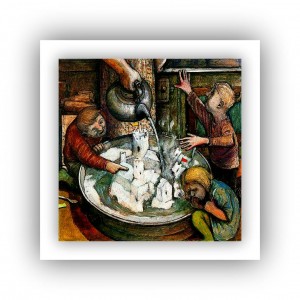 WILLIAM KURELEK 2/4 – He was a sensitive and artistic boy, bullied at school and bullied at home. As a young student who spoke only Ukrainian at first, he felt ostracized by his classmates. Before long, his rebellious spirit had prompted him to drop out, following his education all the way down to Mexico, where he spent a few months living in a Gringo commune of outsiders, hoping to catch on with one of the great Mexican masters like Diego Rivera. 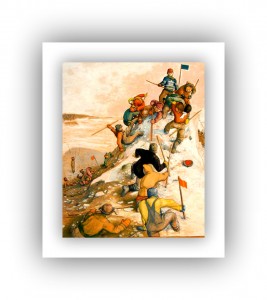 WILLIAM KURELEK 3/4 – He checked himself out for a trip to the Euope. In Brussels and Vienna, he was blown away by the detailed canvasses painted by Bosch and Bruegel. They became his most important influences, joining other unsettling artists like Bacon and Goya. Along with his Canadian scenes and his disturbing inner-nightmares, he had started painting what he called “religious propaganda.” His most ambitious work was a series of 160 paintings illustrating the Passion of Christ. 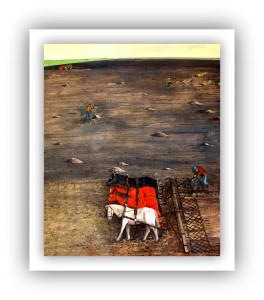 WILLIAM KURELEK 4/4 – By the end of his life, he was convinced the world was about end in a blaze of Biblical fury. The end of his life wasn’t all bad: he was in pain, but he had his family and friends to comfort him. He’d recently returned from a trip to Ukraine, to the ancestral farmlands of his father, a voyage he had longed to make for years. You can see more on Meeting Benches, looking for: WILLIAM KURELEK (1927/1977), CANADIAN PAINTER – Past’s Scenes, to capture on canvasses the spirit of a nation

Previous FOR COMICI EMILIO – Poetry, by Antonia Pozzi
Next WILLIAM KURELEK (1927/1977), CANADIAN PAINTER – Past’s Scenes, to capture on canvasses the spirit of a nation