Breaking News
Home » Author Travels » WHEN THE CHARM HAS NO WORDS – Investigation of a myth. Piero della Francesca

WHEN THE CHARM HAS NO WORDS – Investigation of a myth. Piero della Francesca 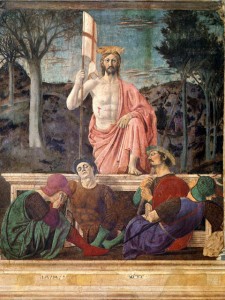 Until June 26, 2016, you will not need to go to St. Sepulchre, to stay a little beside Piero, but you’ll have to go to Forli – to the Museums San Domenico – to admire the art exhibition “Piero della Francesca – on a Survey myth”. An absolutely wonderful opportunity, a real appointment with the “king” of Renaissance painting. Walking in the exhibition rooms of this exhibition, you will be enveloped by the sapphire blue color, what the walls accompanies your silent steps. Yes, even if you’re not in a sacred environment, noting that Piero della Francesca painted, you perceive the sacredness of his inventions perspective, one that has fascinated many painters – over the centuries – artists who have seen, in his paintings, the keystone of expressive modernity. http://www.mostrefondazioneforli.it/it/piero_della_francesca_exploring_a_legend/ 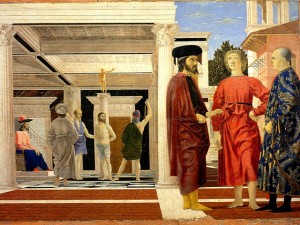 Since the mid-nineteenth century, intellectuals, writers and artists arrived in Italy, on a pilgrimage to the places of Piero, the city that contained the memory of his life and of his paintings. They were going in Arezzo (in the church of San Francesco), to touch with eyes the magic of the frescoes of the “Legend of the True Cross”. In their journey, those same people continued to San Sepolcro, motivated by the desire to see the birthplace of Piero, the one where she was born a beautiful altarpiece, the one for the Camaldolese abbey. Among those travelers, taking off from a long forgetfulness that Piero della Francesca had created, there was Edgar Degas. http://www.pierodellafrancesca.it/93/ENG/La-Leggenda-della-Vera-Croce 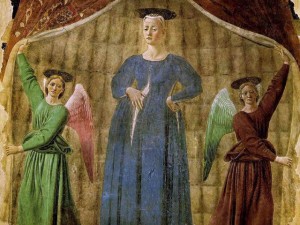 Any painting by Piero you observe, two sensations will captivate you: the modern perspective of the scenes, along with the static fixity of the characters. The charm without words, in each of the characters that adorn what Piero della Francesca has realized, is the secret of his artistic royalty, is his choice of interpretation (creative and expressive), the one that reigned in Florence and Ferrara, Urbino, Rimini and Rome. The “queen mother” of that child he had never seen his father, was called Francesca. In the small San Sepolcro, she would have raised a child, destined to be forgotten and rediscovered. Through that exhibition, you can admire the “spiritual children and grandchildren” of Piero, that is, the works of art by other artists (as Balthus and Casorati, Degas and Veneziano), all united by love for a creative man named Piero. http://www.museocivicosansepolcro.it/en/home

Previous OVER A ANDES, SMALL TOWN – Walking towards the east of Cuba, the Cordillera of the Gran Piedra
Next PAINTING AND TRAVELING A LOT – Piero della Francesca, nothing may be forgotten