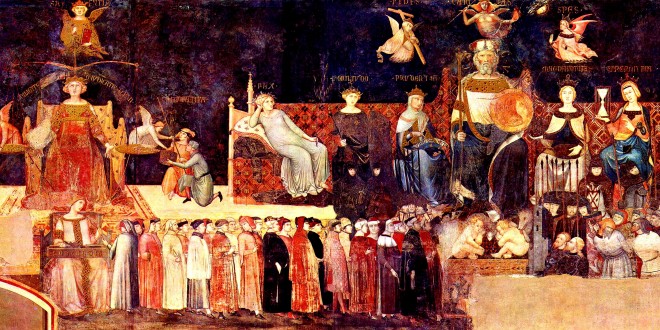 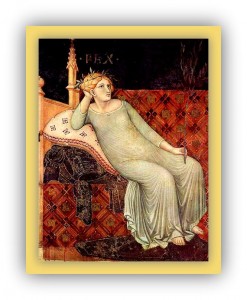 AMBROGIO LORENZETTI 1/4 – He is one of the masters of the fourteenth century Sienese school, a painter who has remained famous for the strong allegorical component of his work. Observing what he paints, you can admire the humanity of the subjects represented. He died in 1348, the plague that decimated the population of Europe. In his will, he has all his possessions went for an inheritance to the Society of the Virgin Mary. 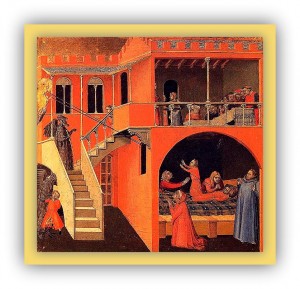 AMBROGIO LORENZETTI 2/4 – He has had no pupils who follow his way of painting, but the groundbreaking style that he used, had long life, turned off by the Black Death of 1348. If you observe its allegories, you can imagine the reasons that have led many artists to remind humanity and the religious significance of what he created with the colors and chromatic expressions. 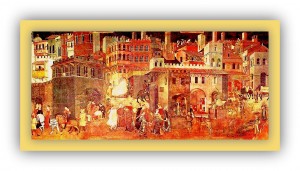 AMBROGIO LORENZETTI 3/4 – The Allegory and Effects of Good and Bad Government, are frescoes that you can admire in Siena Public Palace), it is one that should inspire citizens governors, the ones who gathered in the halls of the palace. Four scenes, arranged along the top of three walls of a rectangular room, are the story of an inspiration never extinguished. 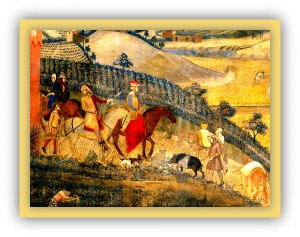 AMBROGIO LORENZETTI 4/4 – Comparing the allegory of the Good Government, with that bad government, you see that both are populated by allegorical characters. Two landscapes – of the same cities (Siena) – illustrate the effects of Good Government and the Bad Government. The cycle is one of the first works of totally secular character in the history of art. You can see more on Meeting Benches, looking for: AMBROGIO LORENZETTI (1290/1348), ITALIAN PAINTER – When the history of art contains the colors of secularism.

Previous 505 STEPS, UNIQUE IN THE WORLD – Siena: the frescoes by Ambrogio Lorenzetti and the Torre del Mangia
Next AMBROGIO LORENZETTI (1290/1348), ITALIAN PAINTER – When the history of art contains the colors of secularism