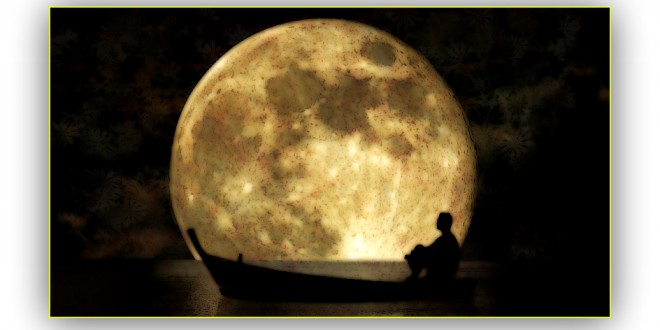 UNITED COLORS OF MOON: Light it rests, caught in the river, while rough and murky, daffodils reaps silver

ITS – By E. Cetrangolo: Go to the formless, light, something in the wind on the water. LATEST – By J. Milton: Last stands between the dense clouds, the moon, regally boundary, marking the world resting, the silver light of the tunic. IMAGE – In TE Hulme: Entangled height provided with strings of large mast, hangs the moon. What seems so far away, is not that the balloon of a child, there forgotten after the game. REMINDER – By M. Dauthendey: Moon of May on the river, I am in front of between the feet. The moon in May, far away, caress the gray hair. DEA – By P. de Ronsard: Moon brown eyes, Goddess of blacks hair, here and there, and up and down they turn. And again, and never stop, and bring your wagon around forever. OLD – By E. Cavazzoni: It was a moon, I remember, heavier than ever, all very old and wrinkled. Who was born at night evil done. It was hard now to get up to the horizon. Remained as murky and covered with mold. And I was looking at: a moon, it seemed to me, so tiring. EVENING – I. Of Babel: Everything was shot dead by silence. Only the moon, with the hands encircling her head round turquoise, dazzling and carefree, wandering goes under the window. 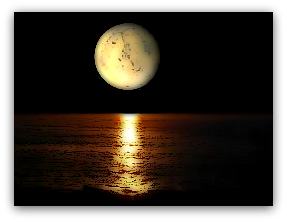 MELANCHOLY – By Sidney P.: How sad and soft on your step, moon, and ascend to the heavens, as the pale face. NOTING – By W. Blake: The moon, like a flower in the sky high bower, with silent joy is, and smiles on the night. MOURNING – The TA d’Aubigné: The moon loses its silver color and white light. The moon lever up his face with blood. All the stars, if they die. THE PITCH – From a song of Aboriginal Australians: The lotus, the evening star, hanging up there in the sky. The star of the evening across the field, among the white gum trees. MELANCHOLY – By S. Yesenin: The yellow melancholy of the moon, flow into the clearing, among the chestnut trees. POWER – By L. Luisi: The moon leads the flight to the Hornets, gives paths to the woods, the wind cools in the evening. LANDSCAPE – By E. Stadler: Quiet gathered in the background of meadows with a thick mass of clouds. The shepherds buried the sun becomes dark in the woods. A fisherman with a network of hair, pulled out the moon, from the icy pond. CRESCENT – By Abd ul-Tazz: Admire the beauty of the moon, that rising with its purple light the darkness. As a crescent of silver, it reaps daffodils in the field of the night.

Previous UNITED COLORS OF GOOD AND EVIL: Worries animated, in the middle of the river. A short flight, swaying over the abyss
Next CUBA, JAMAICA AND MEXICO: A CARIBBEAN CRUISE, NO PIRATES