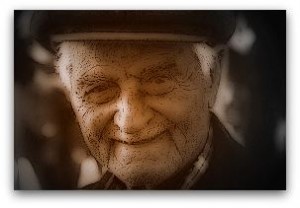 The Diary of a life, is the one written by an illiterate italian  man, born in 1899. That document was written by Vincenzo Rabito with an old typewriter, when he was over 70 years of age. He writes – in 7 years – 1027 pages, which recount his life. Only after his death, his son Giovanni, finds what his father had written, and it is thanks to the joint effort of the Italian government and a private company, that what he had to remain hidden becomes a movie (Terramatta), and a book published by Italian Einaudi Editore.

This is the grand life of yours truly Vincenzo Rabito, born in Chiaramonte Gulfi, then in the province of Siracusa, on 31 March 1899. My father Salvatore Rabito died of pneumonia at the age of 40, when I was only ten, leaving my mother a widow with seven children to bring up. I was the second of this large family and I knew what was needed to get by. My older brother Giovanni thought only about his belly and even when he did earn something he never brought the money home. I was the one who couldn’t bear to hear my mother worrying. When my  pockets were empty I went around angry and swearing, but whenever I had money I would dance all the way home. My mother always used to say to the neighbours: “If it wasn’t for my son Vincenzo, we could all starve to death in this family!” 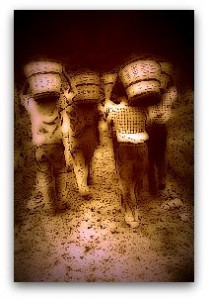 Once, in September, which was grape-harvest time and they were looking for grape-pickers at Vittoria, I remember I set out with four friends from Chiaramonte, on foot, at four in the morning. We got there at eight, but the others, before going to look for work, decided to stop off at the brothel. The price of a whore was, at that time, five soldi and I didn’t have so much as a lira, all I had with me was something to eat, four loaves of bread. I waited outside and when my mates had finished and done they asked me: “What, Vincenzo – nothing for you ?!” I was the youngest of the group, only twelve or thirteen years old and by law they shouldn’t even have let me into the brothel. But my mates made a collection for me and that was the first time I got to know about having a good time with women. 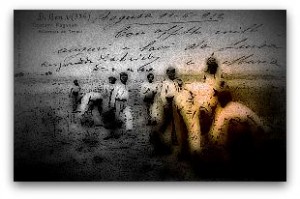 Satisfied with this first ‘job’ done, we ate the bread with grapes we had picked all along the way, then we went into the square to talk to the agents. I was lucky right away and found a friend of my fathers who asked me: “Vincenzo, do you want to come and carry grapes on horseback, the pay’s seventy cents a day?”  “That’s not much !” I said. He told me I was too young to earn like an adult and in the end I had to take it. “Even if I spend four soldi a day on bread,” I thought, “I’ll still have ten soldi and so I’m all right!” He took me to Santa Teresa near the village of Acate, which then was called Biscari. He gave me a horse and I had to take grapes from the vineyard to the winepress. I had to take two large baskets of a hundred kilos each on every trip, but the bigger lads did the loading and unloading. My job was easy, I just had to ride the horse all day long – the only thing was, the others got at least three times as much as I did. “Wouldn’t it be good,” I started to think, “If even I could get a job earning two lire a day!”

Previous SYLVIA PLATH: The vertical woman who preferred to be horizontal, between the infinite light of the stars and the scents cold of his short life
Next WILLIAM TURNER: The Painter of Light, the man capable of merging the heavens and the earth, inside an unparalleled emotional chromaticity