Breaking News
Home » Travel » SEVILLE: THE HONOR OF THE TAIL, A SQUARE OF BULLS 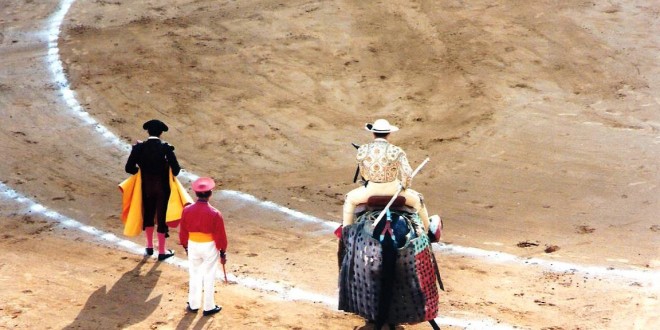 SEVILLE: THE HONOR OF THE TAIL, A SQUARE OF BULLS 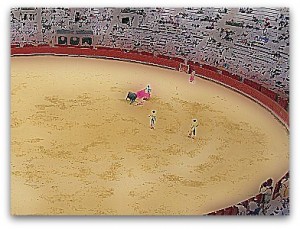 Our meeting in Seville on April 20. We will meet in the Plaza de Toros, a few minutes before 18:30, the time at which the bullfight begins, one that I will see for the third time in my life. In the other two occasions (in Mexico City and Seville), I was with some friends, watching along with them a magic that comes from far away. Do not be concerned about the ticket, because I booked two entrances – the cost of 73 Euros each – in the space labeled “Tendido Sol High.” Sure, it’s a place exposed to the sun, but it is also the cheapest price to see our whole bullfight. Obviously, that day we will be in great company, maybe 14,000 spectators will be present in the largest and oldest arena Plaza de Toros, the one where the most important Spanish bullfighters like to deal with bulls and with the public.

Like every year, even in this 2014 season of the bulls begins on Easter 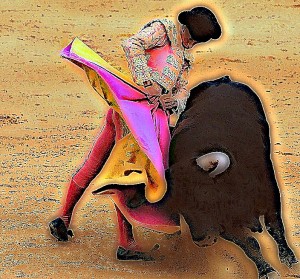 Sunday, but you will have until the end of October – for the presale of tickets you can go to Calle Adriano 37, the Empresa Pagée – to be present at a second experience also famous for its “silence unforgettable,” that of the public, that this includes the matador. I am sure that you will remain also fascinated by a second experience, one that you will live to open the door of the Prince, that will be where the most famous bullfighters of this period. The “corrida” (running of the bulls), is ancient, because the Greeks and Romans already offered their feast days this kind of popular entertainment, of course with different rules than those you’ll see practicing in Seville on April 20. 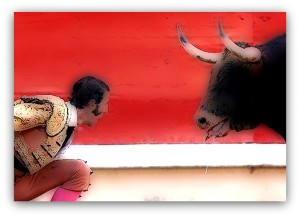 Normally, the protagonists of bullfighting are nine: six bulls and three bullfighters. The animals originate from specialized farms of Andalusia and Extremadura, men who parade in the arena at the beginning of bullfighting costumes and have different functions between them. The “alguaciles” are the heralds on horseback, those who are asking the court for the keys to the door through which the bulls arrive. The three bullfighters, will instead be followed by their “cuadrillas.” The show that you will see, as in a theater, will have its own schedule. The entrance of the bull, it is called “tercio de varas”. The provocations carried out by the bull Banderilleros, are those made ​​in the second part of the show, the “tercio de banderillas”. The third act of the bullfight is called “tercio de muleta”, and is for me the most poignant moment of the show, the one where the strength of the bull is bent, but not tamed, waiting in the ten minutes of time that the matador will have to stick his sword between the shoulder blades of the animal, to the heart.

If you listen to the sound of the trumpet, this will mean that the ten 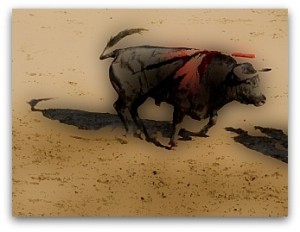 minutes have passed, and the bullfighter will still have three minutes to kill the animal. But if this does not happen, a second trumpet authorize the matador to use a smaller sword for the killing blow. It is rarely possible to listen to the third trumpet, but at the fifteenth minute – what every bullfighter lives with deep anxiety – will the peons to conclude what the bullfighter has not been able to do. No, wait a little longer before we left, because he will get the final moment of bullfighting, when the court award – but only at the request of the public – will be able to offer to the bullfighter his “strange reward” means one or two ears of the bull, or its tail, which is the highest reward. And the bull? Although it may have its rewards, but only if it will have fought honorably, his body will slowly dragged into the arena, before coming to a butcher, before you get on the table in a restaurant in Seville, perhaps, the one where we will have dinner together.