Breaking News
Home » Author Travels » FROM NASHUA RIVER RAIL TRAIL, UNTIL A EASTPORT COTTAGE – An “author’s journey” through the Main, on the trail of American creativity. 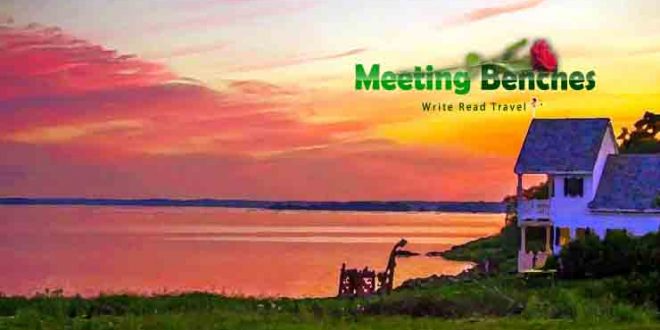 FROM NASHUA RIVER RAIL TRAIL, UNTIL A EASTPORT COTTAGE – An “author’s journey” through the Main, on the trail of American creativity.

Travel in Maine, surrounded by five shades of creativity. 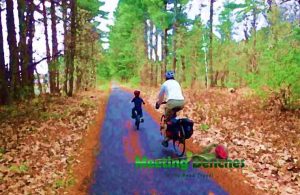 It travels along a flat and scenic landscape, with many opportunities to see wildlife. It’s a trail that passes wetlands, where a variety of wildlife can be viewed (such as beavers, herons and swans). The Nashua River Rail Trail http://railstotrails.us/ma_nashua_river_rail_trail.htm is a 12.5-mile (20.1 km) paved mixed-use rail trail, it ends about a mile across the state border in Nashua. This trail is used by walkers, and bicyclists, inline skaters (in the winter, cross-country skiers). This town it was twice named best place to live in America. Nashua is a city in New Hampshire (United States), the second-largest city in the state. Among it notable people, Ray LaMontagne (Grammy award-winning singer-songwriter). 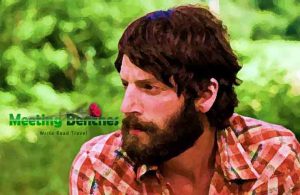 After hearing an album by Stephen Stills, he was inspired to create music. He was born in Nashua (New Hampshire), into an June day, 1973. RAY LAMONTAGNE is an American singer-songwriter that has released seven studio albums, starting by Trouble. In his early teens he lived in Morgan (Utah). After graduating from high school he moved to Maine, where spent a significant amount of time in Wilton. In 1999 he recorded some songs for a demo album, that was sent to various local music venues. A business executive discovered he at a musical festival, introduced him to Chrysalis Music Publishing. In 2004 he recorded the album “Trouble”, a album sold over 500,000 copies worldwide. 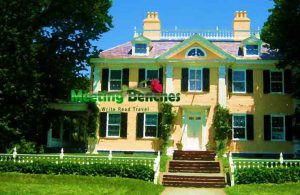 Thanks to its coastline, campsites and range of outdoor activities, Maine it’s a summer destination for vacationing Americans. Among the best and small cities in the US, inside your author’s travel you can find Portland (Maine). As well as food and drink that’s big on local flavours, this city has a strong community spirit running through its art and music scene (among its notable people, you can find also poet Henry Wadsworth Longfellow). His family home http://www.mainehistory.org/house_overview.shtml sat on farmland, and had views all the way to the ocean. Today, it’s neoclassical brick facade waiting for you, among the modern commercial buildings of Congress Street. 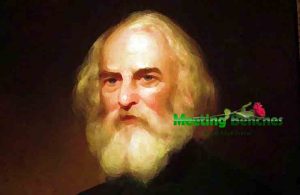 Born in Portland (Maine), on a February day, in 1807, he became a scholar versed in European languages. He was a famed 19th century novelist and poet, known for works like “Voices of the Night,” and “The Song of Hiawatha.” In 1842 HENRY WADSWORTH LONGFELLOW wrote to a his friend he have read a Dickens’ book, with a chapter on Slavery. On his travel return to America, he wrote seven poems, including “The Slave Singing at Midnight,” and “The Witnesses.” During the American Civil War, the editors of the Evening Post reflected on Longfellow’s “Poems on Slavery”, written two decades earlier. He would produced “Voices of the Night” (a collection of poems, including Hymn to the Night), which gained him immediate popularity. 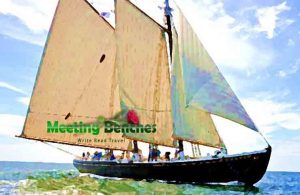 They featuring the work of emerging and established artists. The Center for Maine Contemporary Art (CMCA) http://cmcanow.org/ is a arts institution presenting a year-round program of changing exhibitions. Located in downtown Rockland (Maine), has three exhibition galleries, a gift shop and ArtLab classroom. Here, where a famous Russian-born painter had lived, you to can explore coastline aboard exquisite “Tall Ships“, https://sailmainecoast.com/plan-your-trip/maine-travel-information-resources/ with a private captain and crew. The Rockland and Camden area has the highest number of restaurants per capita in the US. You can go to the Brass Compass, http://thebrasscompasscafe.com/ casual restaurant well known for it’s “King of Club” lobster club sandwich, toghether its reat local feel and generous servings. 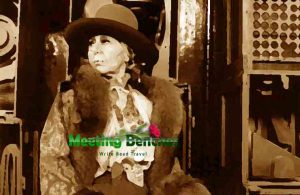 She was an creative woman known for her monochromatic abstract expressionist sculptures, an internationally known artist. She is considered one of America’s most innovative sculptors. Born on a September day in Russia, LOUISE NEVELSON studied Cubist art at the Art Students League (in New York City), where gained wide fame in the 1950s. By 1905, with her family, she had settled in Rockland (Maine), where in time enjoyed a comfortable lifestyle, while her father advocated for women’s rights and her mother was a freethinker. 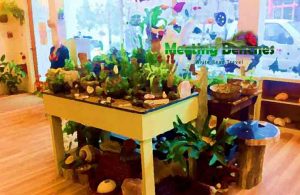 Among its notable people, there the novelist Mary Agnes Tincker. This area was originally inhabited by members of the Passamaquoddy and Penobscot tribes. As you will discover, with historic buildings and other points of interest, Ellsworth is popular with tourists. You can visit Ellsworth from late fall through early spring, to discover what it’s really like, when the crowds have gone home! Here, there are many stores along the busy High Street “strip”, including the large Maine Coast Mall and the Ellsworth Shopping Center. Do not forget The Rock & Art Shop, http://www.therockandartshop.com/ellworth/ a family-owned and operated business dedicated to celebrating Natural History, Art and Aesthetics where they committed to providing a unique and memorable shopping experience for all. 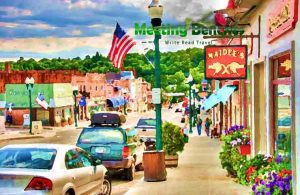 MARY AGNES TINCKER was born in a July day, 1833, becoming an American novelist. She published a dozen novels (such as “The Life Beyond). She was made a member of the Ancient Academy of Arcadia of Rome. In our time, this book may have imperfections, because is a reproduction of a book published before 1923, but, despite the imperfections, it remain culturally important. She was born in Ellsworth (Maine), where was educated at the high-school, and at the academy in Blue Hill. At fifteen her first literary work was printed. 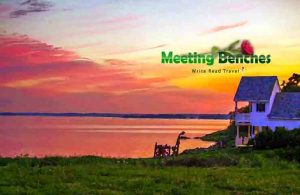 Eastport, https://visitmaine.com/places-to-go/downeast-and-acadia/eastport the easternmost city in the United States, is a small city (consisting entirely of islands) in Maine. The principal island is Moose Island, which is connected to the mainland by causeway. Here, you to can explore the tidal flats around this area to search for fossils and view migrating shorebirds. We suggest experience he rustic charm of Maine cottage living. The cottage resort options https://visitmaine.com/where-to-stay/cottage-resorts offer guests a private accommodation nestled within a cluster of cottages or cabins, where you will enjoy shared memories over a crackling fire. Yes, you too can find out why a famous painter loved to stay here to create his fantastic colored watercolors. 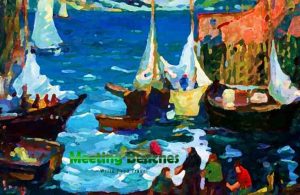 GEORGE PEARSE ENNIS was born in Missouri into a July day, becoming an artist best known for his watercolors and for the stained glass window he designed for the cadet mess hall at West Point. After studied at Washington University, St. Louis and at the Chase School, he worked in New York City, but after the 1920s, he lived in Eastport (Maine). He died following an automobile crash. His principal works? Stained glass windows, New York Athletic Club, Church of All Nations, New York. Victory windows, Military Chapel, New York Military Academy.

The intellectual property of the images that appear in this blog correspond to their authors. The sole purpose of this site, is to spread the knowledge of these artists and that other people enjoy their works. To pursue this issue, you can digit: http://meetingbenches.com/2018/06/traveling-in-the-images-united-states-crossing-maine-with-the-eyes-of-five-very-creative-americans/

Previous TRAVELING IN THE IMAGES – United States / Crossing Maine, with the eyes of five very creative Americans.
Next POETICS VOCAL STRUCTURES CLEAR AND SIMPLE – Antonis Fostieris / It does notmatter what you say, but how you say it. 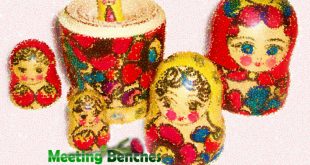 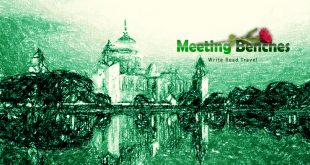 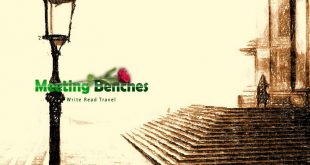 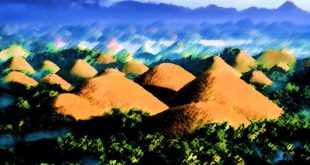 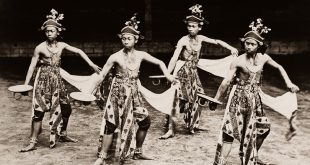 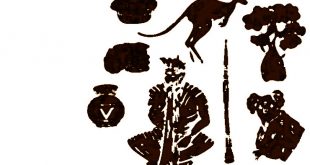