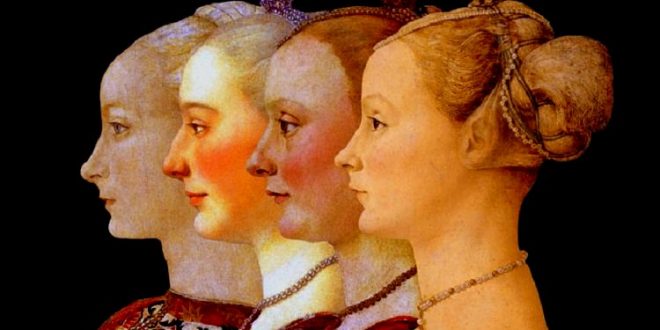 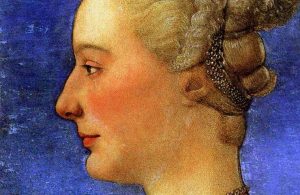 ANTONIO E PIERO DEL POLLAIOLO 1/3 – Renaissance artists were very versatile. Their premises in workshops, where – a single space, drew and painted, with little light and air full of smells. In shops like those, he realizes important works, also with the help of his brother Piero. The brothers Pollaiuolo, were active in Florence in the mid fifteenth century. The artistic education of Antonio, is realized with the help of Domenico Veneziano (but also with the influence of Donatello and Castagno). After 1474, aided by his brother Piero, Antonio devotes excellent risultati.anche to sculpture. 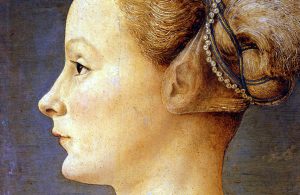 ANTONIO E PIERO DEL POLLAIOLO 2/3 – Piero, the younger brother of Antonio, he lived under the shadow of the latter, but the assignments of their paintings alternate from one to another brother. Piero is known as a painter for the six Virtues (which around 1470 were committed by the Court of Merchandise). The most special quality that joined Antonio to Andrea del Castagno, was the exaltation of the movement. Belong to Antonio, for the design sensitivity and the color, a group of female portraits (whose uncertain origin, is still debated). 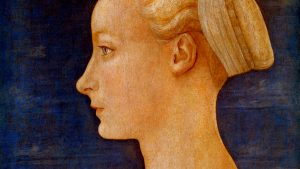 ANTONIO E PIERO DEL POLLAIOLO 3/3 – The first scholar to confuse the two characters was Giorgo Vasari, for which the achievements of Piero expressed an architecture placed in second. Piero therefore has a role with his brother. Antonio, died in Rome in 1498, wanted to be buried next to his brother Piero, born in 1443 and died in 1496. To admire the Dame of the Pollaiolo, The ladies of the Pollaiolo, four female portraits by Piero del Pollaiolo, you will need to travel a lot: the Museum Poldi Pezzoli in Milan, in the Galleria degli Uffizi in Florence, the Gemäldegalerie in Berlin and at the New York Metropolitan Museum of Art.

To pursue this issue, you can digit:

Previous THEY WERE ACTIVE IN FLORENCE – The wonderful artistic fly of the Pollaiolo brothers
Next FROM THE CAMERATA FIORENTINA, TO THE LYRIC OPERA – Florence and its musical nuances