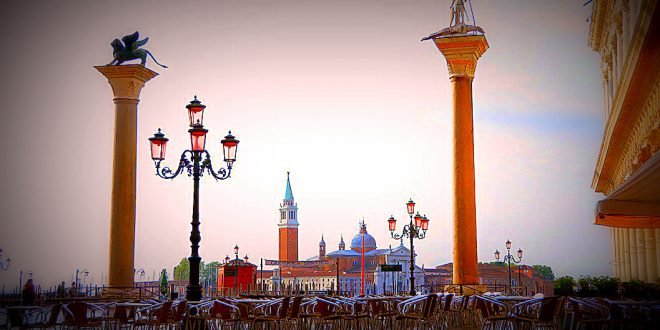 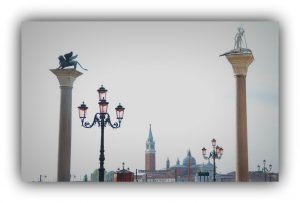 VENICE > There is a glorious City in the Sea. The Sea is in the broad, the narrow streets, ebbing and flowing; and the salt sea-weed clings to the marble of her palaces. No track of men, no footsteps to and fro, lead to her gates. The path lies o’er the Sea, invisible; and from the land we went, as to a floating City, steering in, and gliding up her streets as in a dream, so smoothly, silently, by many a dome. Mosque-like, and many a stately portico, the statues ranged along an azure sky; by many a pile in more than Eastern splendor, of old the residence of merchant kings; the fronts of some, though Time had shattered them, still glowing with the richest hues of art, as though the wealth within them had run o’er. http://www.amazon.com/Poems-Samuel-Rogers/dp/1406839957

Previous ON THE EXTINCTION OF THE VENETIAN REPUBLIC – Poetry, by William Wordsworth
Next BETWEEN VENICE AND THE EAST – Ippolito Caffi: the painter who anticipated Impressionism, painting with different eyes our places of every day