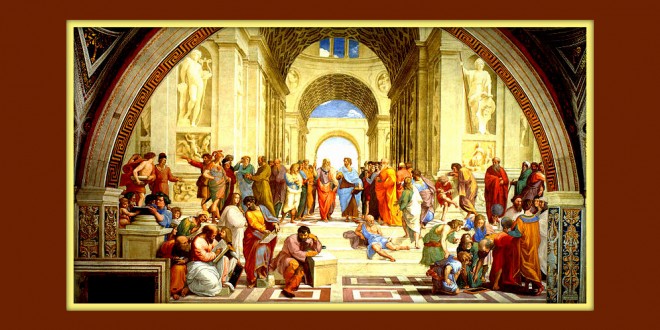 MASTERPIECES OF ART IN THE CENTURIES / ROME – Raphael: The School of Athens 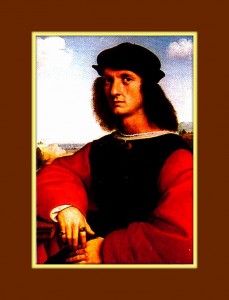 Fifty-eight are the characters depicted in the fresco. Plato and Aristotle are in the center of the composition. Even your eyes – is instantly attracted to these figures, but not randomly, because they are the lines of the floor and the prospect of the building to make possible this colorful magic. As you have observed, the center of the scene is affected by the vanishing point, but the sides show a slowing of movement, as a result of the four steps. The School of Athens, is a fresco of the size of 5 x 7.7 meters, made by Raffaello Sanzio around the year 1510, currently located in the Vatican Stanza della Signatura, inside the Apostolic Palace. Within the path of the Vatican Museums, you can not miss the appointment with this masterpiece of the High Italian Renaissance. http://www.museivaticani.va/3_EN/pages/MV_Home.html 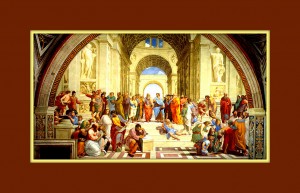 Inside that room, originally used by Pope Julius II in the library and private study, will welcome you the famous frescoes by Raphael. Admiring what is before your eyes, you admire the True, the Good and the Beautiful, just like half a millennium ago in time. In fact, the iconographic program of the frescoes was to represent those three expressions of the human spirit. Plato is the fresco on the left (with the face of Leonardo da Vinci), exponent of idealism. On the right, Aristotle points the finger at you to indicate the existing reality. The first floor houses Pythagoras and Heraclitus (sitting on the stairs, with the features of Michelangelo). The composition is symmetrical, but the characters are arranged freely in the large room, bathed in light colors, enhanced by a bright light.

Previous CONTEMPORARY INDIAN LITERATURE – The pleasure can not wait, to Tishani Doshi novel
Next MASTERPIECES OF ART IN THE CENTURIES / AMSTERDAM – Rembrandt Harmenszoon van Rijn: The Night Watch