Breaking News
Home » Travel » WALKING IN THE STREETS OF HOCHELAGA: Montreal, a multiethnic city capable of being brilliantly creative, even with a temperature of twenty degrees below zero

WALKING IN THE STREETS OF HOCHELAGA: Montreal, a multiethnic city capable of being brilliantly creative, even with a temperature of twenty degrees below zero 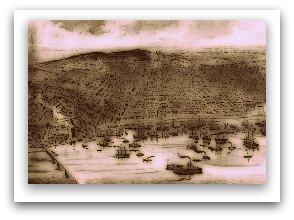 Hello. Today I write to you from a place called Hochelaga, a village on the island of San Lorenzo, now no longer inhabited by Iroquois Indians. In 1535, Jacques Cartier, a French explorer, was observed over a hill that Canadian fortified place, and decided to use a new name, “Mons Realis”, ie Mount Royal. Obviously, what I have been able to visit these days has a skyline different from those distant years, but Montreal had a secret that I had discovered. Today, I’ll explain why this multi-ethnic city – half European and half American – is considered one of the places in the world where it is more pleasant to live 1.7 million inhabitants live within a creative mix of modernity, swirl cultural, and monuments of European style. 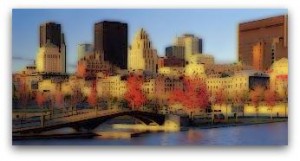 Montreal is a French-speaking city in the province of Quebec and in the light of the sun is a romantic city, with beautiful views of landscape, but has an incredible underground network of tunnels and malls, that does not force you, in severe winters, a having to leave the surface. I was eager to discover the special places of the city, and my first day in Montreal gave me the cathedral, a visit to the Basilica of Notre-Dame in Montreal, one that offers great wealth of architectural treasures. 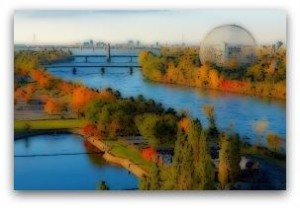 From the historic center, the “Vieux Montreal”, I arrived on the shore of the St. Lawrence, along the road “Rue de la Commune.” Walking along this street, it is a great way to get away from the hustle and bustle of the city. Of course, I have also walked in the Montreal underground, but those 30 km of shopping centers, office buildings and subway stations I enjoyed them properly. Perhaps – as it reminded me of the keeper of my hotel – must visit the city in winter, when the air temperature of nearly 20 degrees below zero, to discover the secret of the underground city. 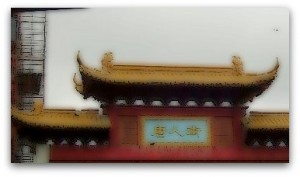 Yes, as you can imagine, I have also walked in a small Chinese neighborhood with narrow pedestrian streets, many restaurants and shops. Chinatown is located on the corner of Boulevard Saint Laurent and Rue Sherbrooke, a well-recognized for its colorful bows, similar to those of the Forbidden City in Beijing. Riopelle Square, on the other hand has two things that I was amazed, sculpture artist Riopelle and the convention center, with the outer glass made ​​up of cubes of various colors. Riopelle’s sculpture looks normal, but if you wait for the right moment, the fountain around the statue comes to life, with a series of figures made ​​of water, steam and fire. 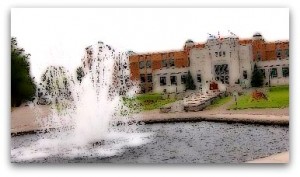 The lookout on Mount Royal, a horizon full over the entire city, a special place to start your travel notebook and draw, or compose a poem. Why is that? The charm, the charm of the place. I have not gone to the botanical garden of the city, but who described to me the area has highlighted the four main features: a Japanese garden, greenhouses and ecosystems, a museum of the Indians, the European-style garden. 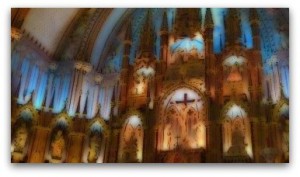 At the foot of the hill “Mont Royal”, last weekend I experienced the atmosphere of the Parc du Mont-Royal, the kingdom of rasta and the outdoors. The Biosphere is instead the most photographed place in the city, a fascinating structure that attracts the attention of photographers. “Vieux-Montréal” (Old Montreal), is the historic center of the city, an area with cobbled streets and old buildings, similar to those of Paris a few centuries ago, a sort of “no time zone”. This area is the most touristic city, full of art galleries, restaurants.

Previous WITH MARTINUS NIJOHFF: Looking at the new stars in the night light on third country
Next PAUL VAN OSTAIJEN, MR 1830: Two hands and ten fingers away into the void, waving things, to the sea