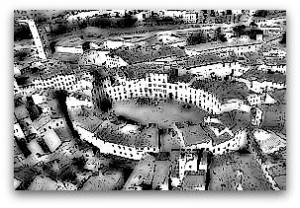 Every year, on the evening of 12 July, the “Palio della Balestra” dispute between competitors within the “terzieri” citizens, according to a regulation that dates back to 1443. During the month of September, under the walls of the city, there is the “Medieval Fair of Holy Cross “where you can see schools of artisans, musicians and jugglers. Every year, between late October and early November, within those ancient walls you can visit the most important Italian convention dedicated to the world of comics.

In any month of the year, you can taste salty or sweet bread (buccellato), 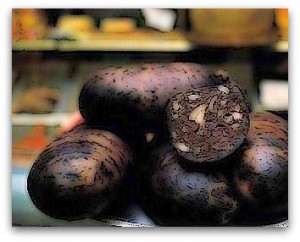 or you can try “biroldo” (pork sausage made ​​from offal and blood). Perhaps, you do not forfeit to eat a slice of “chestnut” (a cake made with chestnut flour), drinking a good glass of wine from the hills of Lucca. Yes, we are in Lucca, a beautiful city in Tuscany, one that has kept intact its Renaissance walls – with a perimeter of 4,223 meters – along with six input ports: Santa Maria, San Jacopo, Elisa, St. Peter, St. Anna, Vittorio Emanuele and San Donato. Entering this city of art, I’ll take you with me on those walls for a wonderful walk – we can also do bike – looking churches and bell towers, but also the square of the ancient Roman amphitheater.

Ours is a special walk, because it is shrouded in silence. We do not hear or speak Latin Lombard, but in the city that has been one of the stages of the ancient pilgrimage from Canterbury to Rome, we can imagine the presence of cloth merchants, those who came also in the Cathedral to venerate the “Holy Face” . We will not see Guelphs and Ghibellines fight each other, but of what was an ancient republic – 1370-1799 – the two of us in the eyes retain 2,000 years of history.

Tonight, before we say goodbye, I would like to have you my guest in a 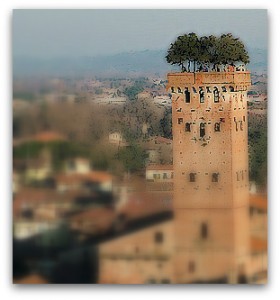 restaurant in the city. The “Buca di Santo Antonio” is an old tavern in 1782, but in those days it was also a post office and inn. Of those distant times, it preserves the memory of distinguished visitors, such as Giacomo Puccini and Ezra Pound, but also the “zuppa di farro”, what we eat. Obviously, since today is Thursday, we also eat “fresh gnocchi with Garfagnana potato” with meat sauce. When you want to return, you can make a reservation in two ways: a info@bucadisantantonio.com to your email, or a phone call to your number +39.0583.558.81.

Previous LEAVE BEHIND YOUR FEARS: How? I’ll wait in Bergen, Norway, on the 9th of May.
Next Marceline Desbordes-Valmore: LOVE